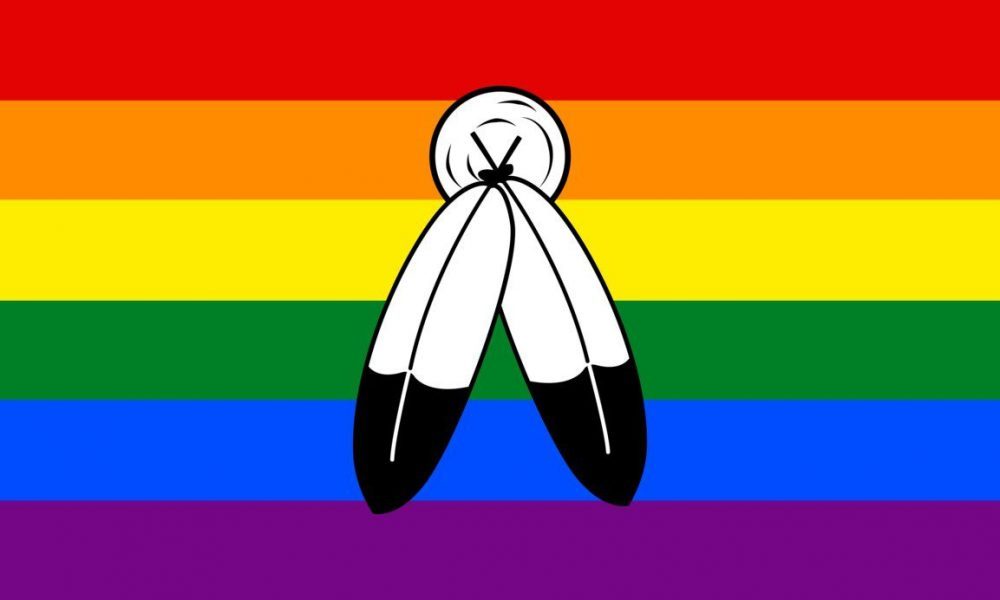 Growing up on a small reservation is like growing up in a fishbowl.

It is a microcosm of all the good and bad we see around the world. When I tell people where I grew up, their first question or statement is ‘Well, Natives are more accepting of homosexuality, right?’.

Wrong – at least on my reservation. We missed out on the whole celebration of the ‘two-spirited’ people. In some Western tribes, homosexuals are actually seen as shaman.

The words ‘gay’ or ‘lesbian’ were whispered when discussing someone who was suspect, lol.

I would have to say the words ‘divorce’ and ‘single mom’ had the same tone. Native women have the ability to point with their lips when they are attempting to stealthily point someone out as well.

Growing up in the culture that had been overtaken by well-meaning Christians, also had an impact on the general views on anything out of the ‘ordinary’. Like any other country, as our nation is a sovereign nation, there is a deep-seated way of life. It was like a Native Disney movie – you date someone briefly (preferably not in your clan as you could then be related, lol), get married, have kids…rinse, repeat.

Mothers have the strongest influence in their children’s choice of a mate. My mother wanted me to marry an upstanding Christian man, from the right tribe, with a good family and with straight white teeth. I came very close and though she is not Christian, she is from a fine clan of Sicilians!

My society is strongly matriarchal. The clan mothers are the ones who basically choose the chiefs. The women are strong, multitalented, and stoic to a fault. They are the alphas. To me it was a natural thing to be attracted to another woman – strong, beautiful, nurturing, smart, savvy, artistic.

When I truly found myself, I left the rez. Well, I was kicked out of my home but it was because I was desperately attempting to find a culture where I fit in and was accepted. I became a member of the Punk Goth tribe. Though I found myself, I was actually also attempting to lose myself. I was not adhering to the Christian rules and regulations that were set for me. I had been the good daughter for years – straight A student , class president, pre-law. I think I realized I was trying so hard to be so good so perhaps they would overlook this one small thing about me.

They still struggle to this day. They missed out on a damned incredible full-blown Steampunk Lesbian wedding… and walking me down the aisle.

Little did I know, I was definitely not the first Lesbian in my family. One day as I was visiting my parents, while chatting with my mother, she gets up from the table abruptly.

My father had left to go pick up something. She scrounges around the ‘bill drawer’ and pulled out two pieces of paper and slapped them down in front of me. They were not pieces of paper – they were photographs that made my jaw drop. One was a stunning photo of my grandfather’s sister and another woman.

Both were in nice dresses and were very close together. The next one rendered me speechless and filled me with pride. It was my ancestor in full butch attire – looking so hot in a suit – with her lover on her lap in lingerie. As quickly as they had been scurried out of the drawer, they were tucked back in between the gas bill and the electric bill.

Every year, for the last 169 years, there has been a Chief’s picnic on my reservation. I avoided it for many years, tired of the whispers and lip-pointing, lol. I have been going the last few years and noticed a slight culture shift. It is a time to see friends and family, eat traditional food, hear traditional songs and see traditional dancing.

So, I went this year and as I pulled up and began to walk in, I felt like I was at Pride on the Rez. I saw so many young gay youth wandering around the grove.

Later on, as I was sharing a fresh blackberry sundae with my sister, there were two girls making out. There were no whispers, there were no lips pointed. I stood there as a proud Lesbian, a proud PFLAGer, a proud Native woman and smiled from the inside out.

That was my Pride this year ….new traditions and all !