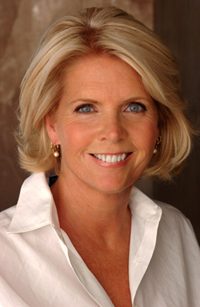 The “Family Ties” star ends the Sapphic speculation in an interview on “The Today Show.”

Meredith Baxter, best known for her role as Elyse Keaton, on the ’80s television hit, Family Ties, chose to come out this morning on the Today Show with Matt Lauer, saying, “I’m a lesbian, and it was a later-in-life recognition of that fact.”

For the normally private Baxter, coming out on national television was a daunting prospect, “I have to admit to a certain level of anxiety. I’m a very private person, I’ve always lived a very private life and to come out and disclose stuff is really antithetical to who I am.”

Rumors began swirling around the actor when she was spotted and recognized by many of the passengers on a recent cruise with the lesbian travel company Sweet. While Baxter enjoyed the support, she also realized that if she was going to come out on her own terms she would have to do it quickly. Though a short, speculative story about her appearance on the Sweet cruise was published in the National Enquirer, the news did not hit the mainstream press until today.

“I don’t want to be worried all the time and there is some level of concern just because I am so private and I knew I was pushing it, and I guess I was taking the step thinking, OK let it happen,” admitted Baxter.

“But the truth was, I didn’t want some tabloid to take a story and make it up, so I wanted it to be in my own words,” she explained.

During the interview, Baxter, who described herself as “extraordinarily happy” told Lauer that she has been in a relationship for the past four years with contractor Nancy Locke, 54. “We live very out lives in Los Angeles.”

Baxter had been previously married three times, and is the mother to five children. It wasn’t until she became involved with a woman that she realized she was gay, “I got involved with someone I never expected to get involved with, and it was that kind of awakening, and I never fought it because it was like, Oh, I understand why I had the issues I had in early in my life…I had a great deal of difficulty connecting with men in relationships,” said Baxter.

Since Family Ties wrapped in 1989, Baxter has kept busy with several television movies and other TV appearances. Away from showbiz, she created a skincare line called Meredith Baxter Simple Works. Her company is dedicated to helping eradicate breast cancer and raises funds for the cause.