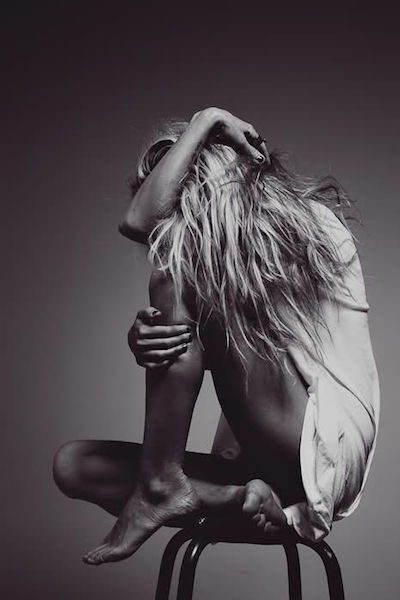 We love relationships, but it can be hell when your partner doesn’t understand your mental illness.

Dating a lesbian with a mental illness, effortless trudging or navigating a minefield? Here are five things lesbians with mental disorders/illnesses want you to know before dating them:

Say what now? Don’t believe me, ask WebMD. When the pretty girl you’re interested in tells you she has a mental illness, understand that it’s like her shadow. Not always visible, but always there. Sure she seem completely fine right now and ‘doesn’t look crazy at all.’ Please understand this. Like heart attacks, a manic episode rarely ever give you two weeks notice before showing up. The same goes for a bout of depression or a series of anxiety attacks.

2. She can’t help it…at least not all the time.

Most people who’ve been diagnosed with a mental illness are on some type of medication. Taking those meds as prescribed is pretty much all she can do.
Sometimes they just don’t work as effectively and she’ll have an episode, YOU DIDN’T CAUSE IT! P.S. As powerful as your love for her might be, it won’t cure/fix her…and that’s fine because she doesn’t need fixing.

There’s so much stigma surrounding mental illness that some lesbians won’t disclose their issues for fear of being labeled ‘crazy.’ Our favorite gay gal Ruby Rose who’s bipolar once said in an interview, “I’ve gone from managing it, to not managing it, and it not being able to be managed.” We are not dangerous, crazy creatures you gotta be afraid of just ‘cause some crappy, straight-to-DVD movie said so.

4. Sex with her is like your first roller coaster ride.

Sex with a mentally unstable lesbian is probably gonna be very intense, especially if she’s having a hypomanic episode! On the flip side, during her depressive state she probably won’t want sex at all. Her meds sometimes mess with her sex drive. She’s been honest with you, bared her soul – flawed as it may be and while she’s not begging you to stick around, she expects you to if that’s what you promised.

5. She’s not ashamed of her illness, neither should you be.

While some gay gals still feel embarrassed to admit that they’re clinically depressed, bipolar, schizophrenic etc; the rest of us will casually talk about it when necessary. Can you handle that? She could be meeting your friends for the first time for dinner, a bottle of wine is ordered but she choose to have water. Because she’s not ashamed nor does she fear or care about judgment, she might say “I’ll pass on the wine, it doesn’t mix well with my anxiety meds.” Will you proudly hold her hand and pass on the wine too or will you stay frozen in awkward silence because YOU are embarrassed that she isn’t?