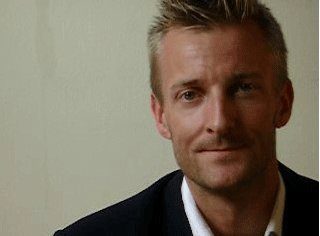 The idea; in strategic places all around Los Angeles Martin Duvander will be placing statues resembling the well known Oscar statue. However the vision of the artist is somewhat different than the real Oscar statue. “It will be two men holding hands, embracing love and equality…one holding a sword and one holding a scale.”

Since the artist him self can not fund such a massive project he has opted for an kickstarter campaign where as a 25$ donation will give you a shout out on the statues such as: Martin loves Ben, or Jessica loves Tonny or Christine loves Amanda.

Each statue will be painted in the rainbow colours and the artist hopes that between 15-25 statues will be ready just in time for the Oscar Award Ceremony in Los Angeles early next year.

About the artist Martin Duvander: Duvander has long commented upon political and social injustices through his artwork. A firm believer in civil rights, Duvander believes that artistic expression is an effective vehicle to identify and comment upon inequalities. Inspired by the democratic activism of the civil rights in all of its forms Duvander seeks to add his voice to the chorus calling for equal rights for all.

Martin Duvander was recently chosen to showcase his art at the 2010 Golden Globe and the 2010 The Grammy's in Los Angeles, California and was behind the Rainbow Crosswalk painted in West Hollywood at the intersection of San Vincente and Santa Monica Boulevard, in June 2012. Which subsequently has gone viral and have popped up around the world in places such as Sydney, Stockholm, Utrecht and Toronto.