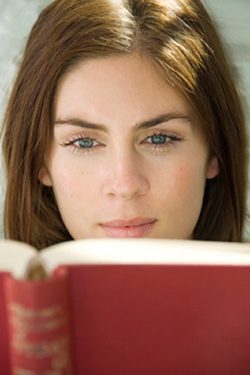 Are sentient, anti-gay computers taking over the world? Or is this human homophobia in action?

If you use Twitter, or really any social networking website, chances are you’ve heard about #Amazonfail. For those not in the know, the successful online department store, Amazon.com, has removed its sales rankings for books with positive LGBTQI themes, sex positive themes, gender activist themes, rape survival and all manner of useful topics.  Sales rankings determine the position of a book in a search and whether it shows up in recommendations and best seller lists, generally it’s an excellent tool that makes users able to find the book they’re looking for, ending up with lots and lots of sales for the authors.

This isn’t to say that they’ve removed the books completely; if you search for them—specifically—they’ll still show up. Currently, a search for “homosexuality” will yield a bunch of books on how to “de-gayify yourself,” making sure your kids aren’t gay and why homosexuality is wrong in general, long before you get to the “don’t-kill-yourself-you’re-OK” and queer romance books. (Click here for a screenshot of what our search turned up on Amazon)

When the de-ranking was discovered by Mark Probst, author of gay romance novel The Filly, he emailed Amazon and got this reply:

“In consideration of our entire customer base, we exclude ‘adult’ material from appearing in some searches and best seller lists. Since these lists are generated using sales ranks, adult materials must also be excluded from that feature.”

But it wasn’t really a new story, Craig Seymour, author of All I Could Bare: My Life in the Strip Clubs of Gay Washington D.C., actually had this happen to him in February (craigspoplife.blogspot.com/2009/04/is-amazon-homophobic.html) and got the same response. Back then the ‘adult’ label only applied to gay books and the de-ranking was reversed over a week later.

Following all the publicity #Amazonfail garnered on the net, Amazon changed its tune, claiming that the whole thing was a “glitch” that would be fixed soon. If it truly was a tech glitch, perhaps it is time to panic—computers have become sentient and they don’t like homos or feminists. However it seems far more likely that this was a policy that was dropped after it was revealed to be unpopular.

When asked about her thoughts on the #Amazonfail scandal, Bornstein said she was “dumbfounded! It’s irresponsible at best and reprehensible if they don’t fix it. They’ve spent so much time and money establishing themselves as the place to go for books for all. For them to even make an error, and lets say it is an error (heh heh), would be irresponsible. If it’s anything less than an error it’s reprehensible and a breach of trust.”

Len Barot, publisher of Bold Strokes Books, one of the largest lesbian publishers, said, “It’s a little hard to understand how Amazon’s wholesale de-ranking of LGBTQ titles can be ascribed to a “glitch,” as Amazon describes it, when the de-ranking appears so targeted to books with LGBTQ/sexuality themes.”

As for Bornstein’s own books, she wasn’t as concerned about sales, but more about the troubled teens who could be searching for her book “I’m very worried if there’s a suicidal teen freaking out and decides to go looking for something that might help them on Amazon.com. What if they forget to search under books and just puts in teen suicide? They’re gonna come up with all kinds of Christian solutions. That worries me. Fuck the sales. I mean it. Fuck the sales.”

However, now that Amazon has said they are fixing the problem, the question is what to do next? Should people continue the boycott until a proper explanation is released? Or do we let this one slide and go back to getting our books and DVDs from Amazon? And even though books are getting their sales rankings back, are they accurate? Did Amazon keep track of them while they were down? Only time (and, hopefully, Amazon) will tell, but the uproar can be chalked up as a win for people against censorship. In a world where people were starting to seem a bit too apathetic, it’s good to see that people, recognizing injustice, can still get angry enmass. And all from the comfort of their own home.