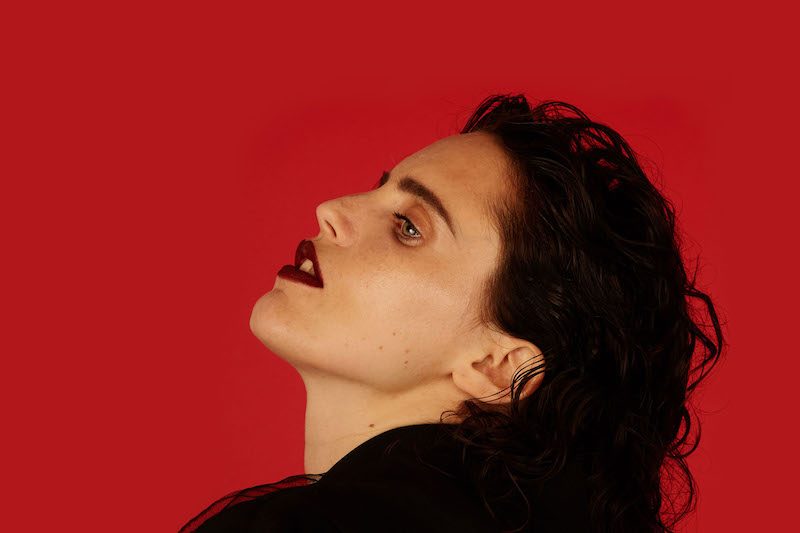 “My music has always been genderless” ðŸŽ¶

Hunter, the third album from Anna Calvi, is the embodiment of the feeling of truly letting go.

For Calvi, it was a catharsis and an opportunity to be more truthful than ever before.â€‹..

DIVA: Your new album Hunter is about “truly letting go”, in what ways?

ANNA CALVI: It’s about trying to break through any kind of restraint and allowing yourself to be as wild and free as you possibly can be. It’s also about seeking pleasure without any sense of shame, I’m tired of seeing women depicted as “being hunted”. This record is about woman as hunter. She goes out into the world and sees it as her’s. She is the protagonist, not a passive secondary character to a man’s story.

You’ve also said that the album “goes beyond gender”, and that while writing it you “explored your sense of gender”. How so?

I’ve always felt restricted by having to perform my gender. When I was a teenager, I found growing into this female body quite difficult. I didn’t feel like a boy but I also didn’t feel I could be completely myself as a girl, with the restrictions this brings. I think my music has always been genderless. Whilst writing this record, I tried to explore my gender identity, and how I would define myself if I felt free from the pressures to conform — this is something I’m still exploring.

You wrote Hunter after the end of a long relationship and relocating to France. How did being in a different space influence your writing?

I loved being free from any distractions in Strasbourg. It’s such a tiny, quiet and beautiful place compared with London. I realised that stillness allows me to be more creative. I liked the fact no one knew me there and I could rebuild myself and find a new happiness after a difficult end to a longterm relationship.

You really push the limits as a guitarist on this record, what is it that you did differently to your past albums?

I wanted both the guitar and the voice to be wild, visceral and unleashed. I always wanted the guitar to tell the story of each song as much as the lyrics were, which allowed me to be more creative as a guitarist.

Tell us a little more about lead single Don’t Beat The Girl Out Of My Boy, what’s the takeaway message of the track?

It’s about the desire to defend the person you love and defend your right to happiness against any negativity from the outside world. It’s also about being free to define yourself in any way you wish.

What genre do you feel the album best fits into? (Or doesn't it?)

I don’t think about genres. I actually imagine the songs as “mini films”. I know that a song is worth pursuing when I can see it as a film in my head.

You’ve collaborated with a lot of big names including Marianne Faithful and Talking Heads’ David Byrne, who would you most like to collaborate with dead or alive?

I would love to collaborate with Iggy Pop, he’s such a legend. When I was writing my album I often imagined how Iggy Pop would sing my songs as inspiration. I think King Princess is a really interesting new artist as well, I’m really looking forward to seeing what she does next…

What would you most like fans to take away from the record?

Sometimes when I need to feel brave I put on certain music that galvanises me. If ever someone did the same with this record, that would make me really, really happy. But other than that, however it reaches the listener is completely personal to the individual and that’s how it should be.

Where can people see you next in the UK?

I’m playing Festival Number Six on 9 September 2018 and my UK tour starts on September 27. See you there.