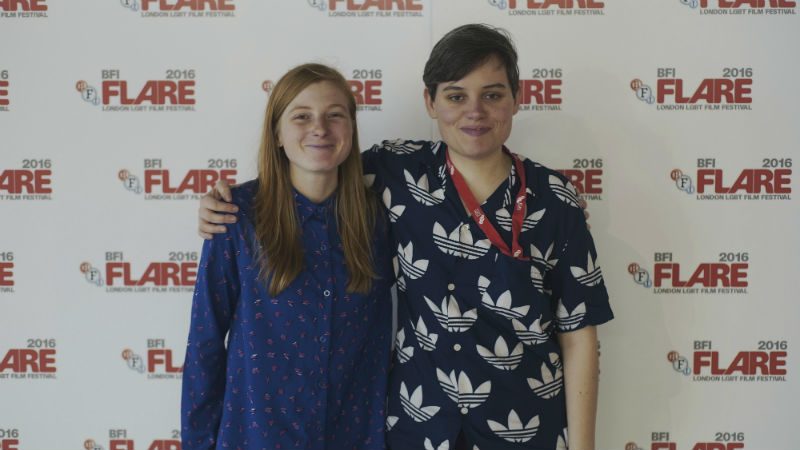 A Juliet, a Margot’ seeks to reflect authentic portrayals of LGBT characters.

UK based filmmakers Scout Stuart and Sophie Broadgate  are embarking on making their second short film.

Written and directed by Scout and produced by Sophie, A Juliet, a Margot is a subtle character drama depicting two queer women in the process of moving out of the apartment they have called home for several years. The two question how their relationship and routines will be affected by leaving the apartment.

Both filmmakers identify as lesbian and seek to reflect authentic portrayals of LGBT characters and relationships on the big screen. Sophie says, “There are way too many LGBT deaths in film for my liking. We want to stray away from convention and get rid of tropes that still linger even today.”

This played a major role in the script for A Juliet, a Margot.  Scout was inspired to write the script after having a conversation with Sophie about clichés seen in lesbian cinema.

The filmmakers acknowledge that while there are a lot of great LGBT films, they wanted to make a film that was less about said clichés, conflict within sexuality or dating and instead examine an authentic nuanced and supportive queer relationship.

The two women have started crowdfunding in order to make A Juliet, a Margot. The campaign will allow the filmmakers to personally connect with their audience as well as cover the budget for the film.

Sophie and Scout ultimately want to submit the film to international film festivals and hope the film opens up discussions about LGBT cinema and women working in the film and media industry.

To learn more about A Juliet, a Margot and to help out click here.