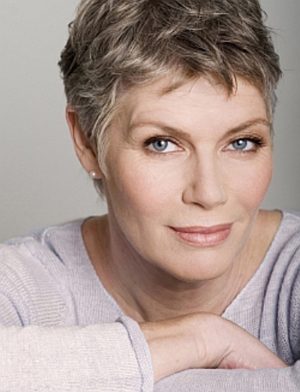 She was one of the top five supposedly-straight-but-we-don't-care lesbian crushes in the 1980s (somewhere in the mix with Kelly LeBrock, Paula Porizkova, Olivia Newton John and Jodie Foster), and now we can claim Kelly McGillis as one of our own.

“It was a long arduous journey for me. I had a lot of bad things happen to me that made me think God was punishing me for being gay," McGillis told lesbian website SheWired.com in an interview with Curve's contributing writer and blogger Jennifer Corday. "Life is a freaking journey about coming to terms with who and what you are.” McGillis, who did a turn on season five of The L Word as Colonel Gilian Davis—the (spoiler alert) closeted military prosecutor who tries to oust Tasha—starred in a number of blockbusters in the '80s, including Top Gun; the original bonnet and buggy romance, Witness; and the Jodie Foster rape drama, The Accused.

The 51-year-old, twice-divorced, single actress told Corday her next partner would definitely be a woman.

“I'm finding at 51 I'm starting my life in a whole different phase. I’m done with the man thing. I did that, I need to move on in life. It’s a part of being true to yourself. That’s been a challenge for me."

While rumors about McGillis' sexuality have swirled around for years—in Key West, where McGillis once owned a gay-friendly restaurant, gay tour operators introduce her as "our very own out celebrity"—she hasn't denied them in recent years. McGillis has been an active participant in the Annual Kelly McGillis Classic International Women's and Girls Flag Football Championship—now in its 15th year and is the Key West, Florida, football equivalent to Palm Springs lesbo-centric Dinah Shore. She's also attended numerous LGBT events (like gay and lesbian film festivals) and starred in the acclaimed Australian lesbian thriller, Monkey’s Mask in which she spent plenty of time in flagrante with Susie Porter.