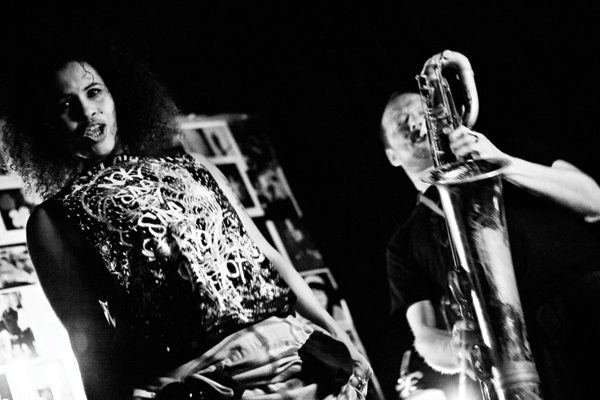 Neneh Cherry is one of the few musicians who achieved pop stardom and then took the road less traveled.

Born into a multiracial family—her mother was a Swedish artist, her father a drummer from Sierra Leone, her stepfather the legendary jazz trumpeter Don Cherry—Neneh was exposed to music at an early age.

She joined the seminal female punk band the Slits while still in her teens. After a short stint with them, she moved on to various post-punk combos, notably the band Rip Rig + Panic.

Finally, at the end of the ’80s, Cherry took the solo plunge and released her first album, Raw Like Sushi.

Whether it was her talent, the timing, or a combination of both, Raw Like Sushi was a smash—one of the most notable debuts of 1989 and both a critical and a commercial success.

Cherry combined pop, hip-hop, and soul on the disc, presenting herself as an independent, hard-to-define woman for the impending decade. “Buffalo Stance” became an international top-five hit, and other tracks on the album, including “Inna City Mama” and “Kisses on the Wind,” were also popular.

At this point, many musicians would have milked the Sushi formula to death. Not Neneh Cherry. Both her slim musical output and the music itself made it clear that Cherry’s first commitment was to nurturing her artistic muse, not producing hit singles. She released two more solo albums, Homebrew and Man, during the first half of the ’90s. Each made less of a commercial splash than the last and, on Man especially, she largely abandoned the sound that had made her a success.

That third disc even included a tune called “Beastiality”—clearly sending a signal that she would not tailor her music to commercial radio programmers!

Looking back on that period of her life, Cherry explains, “I wasn’t really into the whole Neneh Cherry–pop star thing. It started to drive me crazy, and it really began to limit my choices as a musician. When you have radio pluggers, lawyers, and marketing people actually trying to make you change direction, then things gotsta change. So I walked.”

She adds, “We had fun with [the commercial success] until the infamy got tiresome and I backed off. But the things it brought to my family and our friends were huge. [My husband Cameron and I] did good things, and we gave our children the world. We lived wherever we wanted, we collaborated with the gods of music, and never really let the bullshit get to us. [But] then the music business changed. Fame became more important than the content or the creativity, and we backed off to try things a different way. No disrespect to pop stars or the folks who are behind them, but keep them the f**k away from me!”

Cherry hasn’t released a lot of new music since 1996, but she has always been busy, both making music and outside the studio (believe it or not, she is now a grandmother!). Now she’s back. In June, she released a new collaborative album with the Thing, a Scandinavian jazz trio made up of sax player Mats Gustafsson, bassist Ingebrigt Haker Flaten, and drummer Paal Nilssen-Love. The result—appropriately titled The Cherry Thing—is basically a free-jazz outing. Fans expecting a return to the Raw Like Sushi sound are advised to look elsewhere. 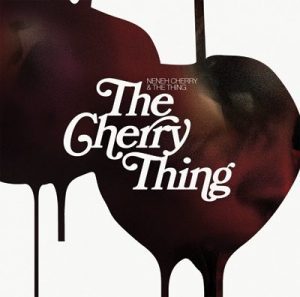 Though Cherry herself wrote the album’s opening track, “Cashback,” most of the songs on The Cherry Thing are covers. The band has chosen to interpret material by an eclectic mix of musicians—mainly jazz legends like Ornette Coleman and (of course) Don Cherry and more punk-oriented artists like Suicide and the Stooges. “Jazz, punk, it’s all the same to us,” says Cherry.

“We aren’t the kind of people who draw a line between all the so-called genres of music. My dad taught me that all music is jazz, punk [and so on, and] the Thing are huge fans of my dad’s work and attitude. So do the math!” Discussing her unusual upbringing, Cherry says, “When I was very young, my parents were touring a lot, so my brother [singer Eagle-Eye Cherry] and I had the time of our lives on the road. Every day was an adventure. . . My dad played music 24/7 and my mum cooked and made art 24/7. I was blessed.”

“Then, in my teens, all I wanted was a ‘normal’ family life,” she continues. “I hated our weird way of life. All I wanted was a TV and girlie wallpaper in my bedroom. But it didn’t last long and I ended up going on tour with my dad’s friends, the Slits! Some normal life, eh?” Looking back, Cherry doesn’t regret her decision. When I ask her about the late Slits leader Ari Up—whom I had the pleasure of interviewing for this magazine—she says, “Ari taught me a hell of a lot. It was Ari that pushed me out into the world of new possibilities, really. I was 14 [or] 15 and had just moved with her to London.

We were squatting in Battersea [and] she encouraged me to sing, to play bass, to have opinions, and to be proud of my roots. God, I miss Ari.”

As for the other women who have influenced her artistically, Cherry cites Aretha Franklin, Patti Smith, Grace Jones, and Frida Kahlo.  On a more personal note, she also includes her mother, Moki, her late mother-in-law, and her three daughters. “My family made me who I am,” she states. “Great, great women. I love being a woman! We rule!”