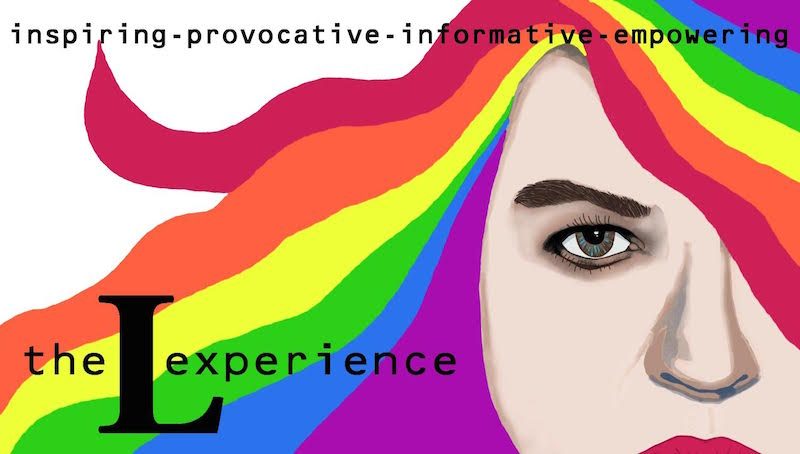 Nilo Sinclair opens up about coming to terms with identity and accepting oneself for who they really are.

The main problem with society is that we have cast upon ourselves this shadow of difference, where anything that strays from the norm, is a little strange or foreign in any way, is criticized and told that it's simply wrong. As human beings we create "labels" and "definitions" to try and comprehend what we really don't understand.

I realised this reality at a very young age, and due to the judgments that society places on who I AM, I remained in the closet living in shame for almost twenty years.

Just last month, I finally took a stand and came out as transgender. This action of vulnerability was by far the scariest, but also one of the most thrilling moments of my life!

I was finally out!

I developed a sense of pride and said, "You know what? I am transgender and I like it!" Once I came out I also noticed that I now felt a sense of self-worth and felt my confidence shoot up. I quickly realized how living in secrecy was a toxic existence and had I continued to live that way, worse things could have happened.

I am biologically born female, so that would automatically categorize me as what I like to label MYSELF as a transgender man. The term transgender is the umbrella that hovers over sex and gender identity when an individual doesn't have an interrelated anatomical sex and gender- these two things simply don't match up.

When referring to transgender individuals, there is one main factor to determine whether or not they are in fact transgender – does the person's physical sex connect or sync with their gender whole heartedly? I guarantee that they will immediately say "no" before the question has been completely asked. Someone's sex and gender, although often intertwined, are two entirely different things.

Sex scientifically is defined as the anatomical physicality of a person which refers to their genitalia and sexual reproductive organs whereas gender is defined as the psychosexual development of a person. Generally by the age of three, a child will instinctively latch onto what is considered by society to be their appropriate gender, and at this point the child becomes a cisgender person.

A cisgender person is someone whose sex and gender are in sync comfortably. I for example am not cisgender because I was born female but claim to be male. I walk with a masculine soul primarily, but still possess a nurturing and compassionate heart due to my occasional feminine tendencies. My gender identity does not interlock with my physical sex. There are times when I feel I have been trapped in the wrong body. As I look down at my breasts in the shower I think to myself, "Damn..those aren't supposed to be there." It's a miserable and saddening reality when I ponder the thought of being born female sometimes. Don't get me wrong, I can apply make up better than almost all of the girls that I know and I can walk in six-inch heels like I've been doing runway for centuries, but I am at home within my masculine self.

When I first realized I was transgender I considered it a curse – as a type of psychological issue. I felt so confused and so disgusting because I thought, "What the hell is wrong with me?" I never fit in as a child, young teen or even as a young adult in any common social groups because of my gender identity disorder. It wasn't until recently that I realized me being transgender/bigender/gender fluid is a GIFT! It is a blessing in itself and you know why? I can successfully become a classy and sassy diva in the morning and then turn into a raw but charming stud by night. I can compete with the most feminine girl in the room and leave her feeling insecure due to my confidence, or I can emasculate the most rugged man with just one hand shake, or my well-polished masculine mannerism. I can swim from one end of the pool to the other; I rock both genders incredibly well.

My masculinity is so intense at times that I can pass as male without having to exhaustingly convince anyone. It's fun! Every transgender person transitions in their own way- there is no right or wrong way. Some may choose hormone therapy while others may just wear chest binders! Some may proudly undergo surgery and some may not! All-in-all, every route of transitioning is perfectly fine, as long as it makes YOU comfortable and is safe.

There is also a term that defines individuals who have physically altered their birth sex, which is a transsexual. Not every transsexual is transgender and vice-versa, and that's okay! Whether you identify as male, female, both or none at all, what really matters is that you are treated as an equal. We all deserve to be respected and treated fairly, regardless of ones gender or sex.

I want to mention that all terms that I have defined and this article as a whole is based off of my personal opinions and research that I have found in my own personal search of this topic. Some people's interpretations of my definitions may differ from theirs, and that's fine. I just wanted to sincerely state that it is never within my intention to insult or offend anyone through my articles. With that being said, God Bless.

"Nilo at a young age playing with tomboy things."