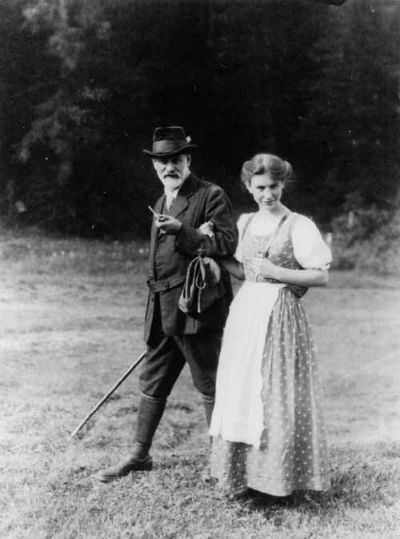 Coming out to your folks as a queer or lesbian woman is always tough, even today. But imagine coming out in 1923—and to your father who is a world famous psychoanalyst.

Did you know that when Sigmund Freud suspected his daughter Anna was gay he asked her about her sexual fantasies and declared lesbianism a gateway to mental illness?

In the 21st century many families solve the same “problem” by throwing their LGBT children out of the house. Homeless, and often too young to work, many drop out of school and turn to crime and prostitution to survive.

Many become drug addicts. The Ali Forney Center in New York City provides housing and life skills support to about 1,400 of these kids a year. It’s the largest agency in the country providing homes and services to homeless LGBT youth.

In celebration, at 7:30 pm on December 2 at the 13th Street Repertory Theatre in New York City (50 West 13th Street), a staged reading of scenes from the highly acclaimed fact-based novel Hysterical: Anna Freud’s Story (She Writes Press, 2014) will kick off an eye-opening discussion between audience members and women and men working today with LGBT youth. Tickets are $25, and all proceeds will go to the Ali Forney Center.