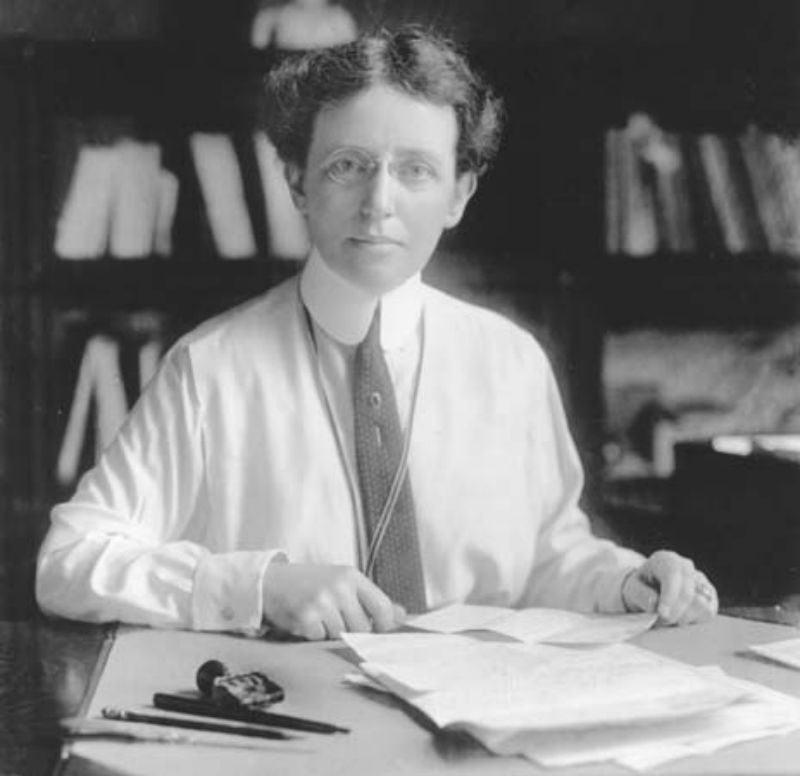 Sara Josephine Baker contributions to public health care saved countless people both during and after her lifetime.

When famous lesbian and bisexual women are mentioned, the conversation mostly revolves around those from creative fields. Many famously queer women were actresses, singers, poets, and painters and it’s become a bit of a trope: the gay artist and her muses.

Of course, not every lady-loving lady used their creative juices on an arts career. Instead, some applied their mental prowess to scientific pursuits intended to better the living conditions of humankind. Sara Josephine “Jo” Baker M.D. was such a scientist. Her contributions to public health care saved countless people both during and after her lifetime.

Baker taught herself both Chemistry and Botany after the death of her father and brother, later enrolling in the New York Infirmary Medical College. By 1901, she was not only a practicing physician but also an inspector for the New York Department of Health.

Later in life, she would be the first female graduate from New York University Medical School with a Doctorate.

To her credit is the invention of a safe infant formula which enabled women to go back to work to support their families, an eye drop system to keep infants from contracting blindness as a result of gonorrhea, and safety lessons and licenses for midwives that reduced childbirth fatalities. Baker is famously quoted as saying that it was more dangerous to be a child in Hell’s Kitchen than it was to be a soldier on the front lines of World War I as their mortality rate was three times higher.

What she may be most known for, though, is catching the woman known as Typhoid Mary not once, but twice and stopping the spread of the deadly disease. Over the course of Baker’s life, she wrote numerous articles and books championing public health and served as a member of the League of Nations.

Her efforts in the field of medicine led to the idea that preventative medicine was the most important tool to fighting disease and ensuring a healthy population. They also led to a drop in infant mortality in New York by 39%.

During her tenure with the New York Department of Health, she was well known for tailoring her clothes so they mimicked that of her male colleagues. Her dapper style of dressing led to a famous anecdote about a male colleague telling her about how much more deficient he found female doctors to be. He became quite embarrassed when she reminded him that he was, in fact, talking to a woman.

She is said to have modeled her tough personality to match that of Jo from Little Women.

Although Baker never publicly came out, her relationship with screenwriter Ida Wylie is well-documented. In Wylie’s own autobiography she says she “always liked women better than men”. Together they joined the Heterodoxy, a lunch group made up of feminist women, many of them also lesbian or bisexual. When Baker retired, Wylie and Baker moved to New Jersey with physician Louise Pearce and remained with them until her death in 1945.