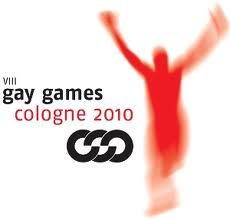 I am on the board of directors of our local PFLAG chapter and we have been working on various anti-bullying efforts in our community. On the very day that Jamey Rodemyer took his own life, as he had suffered intense bullying for being out in his middle school as homosexual, we were screening the movie ‘Bullied’. When we later found out about that morning’s tragic event, we began educating others on how to stop bullying, how to protect our children – all children and how to protect ourselves. These events brought so much out of my own past and are why I dedicate myself towards removing ignorance by sharing my own story and by educating others. Fear is rooted in ignorance and if we can get rid of both, we have a shot at becoming a better species.

I grew up in a rural part of Western New York and attended schools that were at least 90% White. Oddly enough, my tiny reservation is right in the middle of the school district. We are fortunate to still have an elementary school on the reservation that teaches our Native language, culture and arts. It is the transition from this sheltering environment to the middle and high schools in our district that is very difficult. This is a crucial time for our Native youth and how they navigate this has a lasting impact on the rest of their life – both positive and negative.

Bullying definitely exists in the Native school as well. Children learn various ‘isms’ from their home environment and that always plays out in various social settings. They will pick on intelligence, looks, socio-economic differences, clothes, hair color, skin color, family, clan, teeth, freckles …you name it. Especially in this digital age and being fed images on what is ‘normal’, the list becomes endless. The element which becomes pronounced once they are off the reservation – is racism. That racism also goes both ways.

I can remember making that transition to the middle school. All of my friends and family were scattered into various sections and we were forced to assimilate to some degree and attempted to fit in to a new culture. The language classes did not included our own. The art or music classes did not included Native origins. It was as if we didn’t exist. My people are mostly quiet and soft-spoken in a normal situation so you can imagine the introversion that occurs once we were placed into this whole other world. There was an instant sense of xenophobia – we were different and strange – to ourselves and to others. I’ve talked to my nephews and my friend’s children that grew up on the reservation – and times have not changed very much at all. Though I attended many years ago, I found that all of the same types of bullying and harassment still happen today and it now includes social media.

I can remember on my first day in 6th grade, there was a boy yelling ‘Hey, Pocahontas! Hey – you! Hey!’. I heard him and thought there must be a pretty and intelligent Native woman somewhere in the room. I started looking around, only to discover he was yelling at me. He didn’t think I was pretty or intelligent, he was laughing at me as were the other kids. I would purposely miss the bus as I hated school – for the first time ever. It only made things worse as I was then escorted by a big yellow station wagon and arrived to class late.

I can remember being cornered by two girls in the locker room while they yelled ‘Fu**ing Indian – are you a Squaw ?!’. It was that day I found my voice. I ran up to them and got about an inch away from the one girl’s face and yelled as loud as I could, ‘Don’t you EVER call me those names again! Do you hear me ?! Never !’.

Man, that felt good. I had empowered myself and she never bothered me again. I looked her up on Facebook the other day and could still remember the ugliness she had put out there. I can remember so many kids being taunted for being outwardly gay or lesbian – Native and non-Native. One of those beautiful young Native men committed suicide by hanging, just like Jamey. He is the reason I continue educating and speaking up. I want to be the voice for those that feel they do not have one.

I remember attending an anti-violence rally a few years ago. The speaker asked everyone to raise their hands if they had been victims of bullying for being LGBT – almost every hand was still up. She went on to ask if we had been verbally abused, physically abused and finally raped. We were all amazed at the number of our hands that were still up – mine included. It was empowering and enraging in the same moment. There is so much that needs to be done.

Here are some wonderful anti-bullying resources:

Please share this article and any resources you may have in your community.