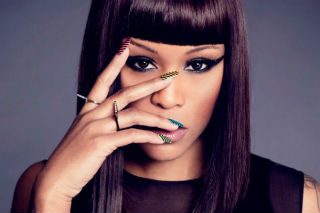 The Grammy-Award winning rapper who recently released her first new album in 11 years titled “Lip Lock” will take center stage at the biggest lesbian event in the world on the same evening featuring an earlier headlining performance by pop sensation Tegan and Sara.

No stranger to the LGBT community, the hip-hop rap diva made a stop at the San Francisco Pride this past June as part of her promotional tour in support of her new album.  Her highly anticipated Dinah Shore appearance will mark the first time the singer/actress/fashion designer will perform to an all-lesbian crowd.

Taking the hip-hop world by storm in the late 1990s, Eve’s meteoric rise has single-handedly placed her atop the female rapper throne. With an impressive entertainment career spanning over three decades, no one can deny the contribution the Philly native has had on the industry and how many others she has paved the way for.

Her first three albums have sold over 8 million copies worldwide delivering a slew of music anthems including "Satisfaction," “Who’s That Girl”, "Gangsta Lovin’”, and "Let Me Blow Your Mind". Eve was number 48 on VH1’s “50 Greatest Women of The Video Era” list, and made music history by being the inaugural winner of the Grammy Award for “Best Rap/Sung Collaboration” in 2002 for the smash hit “Let Me Blow Your Mind” with Gwen Stefani.

The multi-talented artist and business entrepreneur has done it all! From starting her own record label to invading the big screen with her box office hits “XX” and “The Barbershop”, there’s nothing Eve can’t do.

After an 11-year recording hiatus, the iconic rapper made a feisty comeback with her fourth album “Lip Lock”.  Released under her own label From The Rib Music, “Lip Lock” features guest appearances by Snoop Dogg, Missy Elliott, Juicy J, Chrisette Michele and Nacho to name a few.

Eve’s headlining return to the music world comes with new sounds and new collaborations, while still maintaining the edge that catapulted her at the top of the Billboard charts.  The “Let Me Blow Your Mind” rapper is not only ready to conquer the music world once again, but she’s also definitely about to blow everyone’s mind with her upcoming Club Skirts Dinah Shore Weekend performance.

For more information and/or to purchase tickets go to: www.TheDinah.com