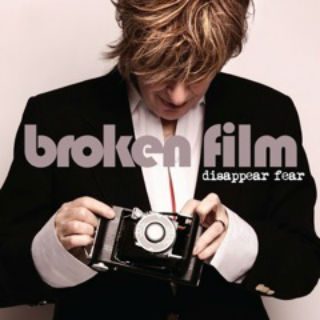 SONiA, aka disappear fear is an enigmatic singer/songwriter making music to challenge hypocrisies and a champion for the message of acceptance and peace.  Her latest offering is the album Broken Film, which blends a cool sense of folk with a strong underlying country feel.  This time backed with a full band the album presents the listener with 11 classy tracks.

“Start” is where it begins and it has an undeniable folk flavour.  As quickly as we ease into the folk journey, “American Artist” thrusts us into the country.

With a great melody line infused with brilliant harmonica playing, SONiA interweaves an intriguing story, which draws you in.  “Love Out Loud” continues the love affair with the harmonica and it’s just as well – the country sounds on this album are the standout moments.

An intricate and clever integration of Hebrew and English, “L Koll L Vavcha (With All My Heart)” is a heartfelt and upbeat tune.  What comes next is undeniably Nashville in its up-tempo sounds, whilst “Be Like You” has you wanting to be more like SONiA.

“The Banker” was the first pre-album single release and addresses the story of an all too familiar world.  The story of a man burdened by his and the actions of a corporate world, he and his family are inextricably linked forever.

At times it’s hard to pin this album to a genre.  One could almost be forgiven for asking whether there is a cohesive link through the album and tracks; perhaps this listener missed the point entirely – which is fine.  What cannot be mistaken is that these tracks on their own are great listening and thought provoking.  Broken Film, like all of the work of SONiA is unmistakably and unapologetically political.   It’s a social conscience that cannot be ignored and should be applauded.