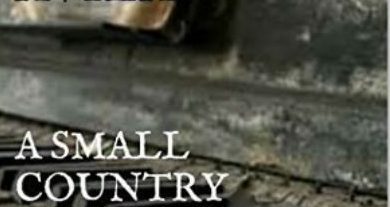 This is a beautifully crafted narrative set against turbulent Israeli politics.

Rona and Shelli grow up in the dynamic country of Israel in the sixties and seventies. Rona is popular, beautiful, and resentful toward her strict mother for forcing the piano upon her daily. Shelli sits alongside Rona all along, poring over books about the holocaust, which serves as her rebellion against her own gentler mother. Eithan completes a triangle of friendship, whereby he and Shelli pivot around Rona, their fulcrum and shared object of affection. Rona loves them both, enjoying their attentions until one fateful day when Rona chooses Eithan and acceptance over a life with her beloved Shelli.

Shelli escapes into herself and eventually leaves Tel Aviv for Los Angeles, single now with a loving daughter and an Erard piano she covets but doesn’t play. Back in Tel Aviv, Rona is married to Eithan and is increasingly becoming her mother, with children harbouring the same resentment she held in her youth. The once popular teen finds comfort in food while her husband seeks the same in a  string of mistresses.

After decades apart, Shelli and Rona are still trying to find themselves, set against a turbulent Israeli political landscape. Rona has become an outsider in her own family, and longs to escape the daily terrors that so many have become numb to in the thriving metropolis of Tel Aviv. Though separated by thousands of miles, the two women have never forgotten each other or the impact of their lost affection.

We learn much about Shelli, Rona and Eithan as they are today, interspersed with flashbacks to build their history for the reader. The characters are believably flawed and complicated, with enough political discourse to interest without saturation. I do wish some things could have been expanded on, with some loose threads (that were gargantuan) begging for closure at the end.

Overall, though, this was an extremely well-written, engaging and complex story that I never grew tired of. I will be picking up this author’s other work as soon as possible.