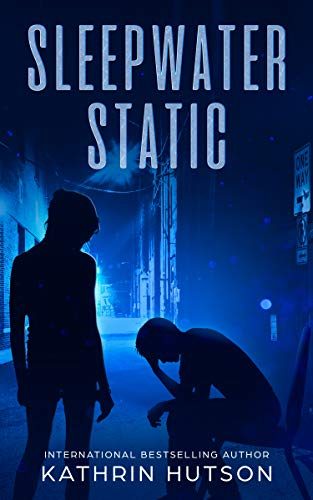 This sequel to Sleepwater Helix (Blue Helix, #2) is told completely from the point of view of Bernadette, a side character in that first book.

As the leader of the Sleepwater chapter that Leo became a part of in book one, Bernadette is hugely important to the story.

After the excitement of the events that ended book one, the Wyoming chapter of Sleepwater, still led by 70-year-old Bernadette, is now on the run. Albeit, minus Leo and a few other characters from book one, who left to do their own thing (trying to avoid spoilers). Bernadette finds herself managing a disparate group of younger beat spinners, all reeling from the events that took place a few months previously. Needing a safe and quiet place to hide out, Bernadette eventually leads them to the last place she thought she’d see again, her family’s cabin in South Carolina. Returning to her roots opens up memories and pain she thought she’d left far behind, but now, with one of their group close to giving birth, they have to lie low and the cabin seems the best place for that. Until people from Bernadette’s past make a reappearance, and things get very complicated—and dangerous…

If, like me, you expected this book to take up from where the action-packed ending of book one left off, rein in your expectations and take a deep breath before reading book two. While in timeframe it’s a direct sequel, in content it’s mostly a side trip, as we delve into who Bernadette is and how she ended up being the leader of this uncomfortable, yet powerful, mix of people. As such, there is, as with Leo’s story in book one, a lot of jumping back to Bernadette’s past. And just like book one, this backstory is told in two ways. Firstly, there are chapters of Bernadette’s memories, chronologically building to the key moment that led her away from her family and into Sleepwater. Interspersed with those chapters are letters and emails from a pen pal of hers, Janet, and these give another insight into the younger Bernadette’s life, her discovery of her beat, and how she evolved to where she is now.

As such, it’s a slower book than the first, and in places, a little too slow, to be honest—I thought the backstory could have been told in fewer chapters. However, in style and language it’s written just as well as the first, and Bernadette’s story is cleverly crafted. The last third of book sees the action and twists pick up and the ending is wonderfully satisfying. If you liked book one you’ll definitely need to read this sequel, and then we can all look forward to book three to—presumably—wrap up the story