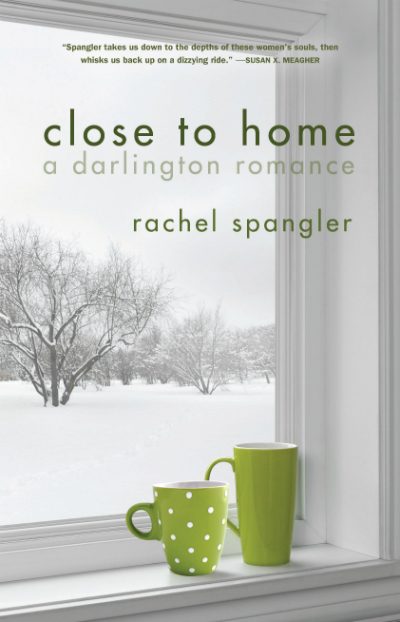 And while it has characters and themes that we’ve seen in previous books, especially The Long Way Home (I can’t speak for Timeless because I haven’t read it yet), it delivers something entirely fresh.

Kelly Rolen is the perfect Darlington resident. She’s civically engaged, polite to everyone, occasionally goes on a date, and works with her father as an accountant. She’s also so far in the closet that it’s surprising she can see anything. She hasn’t been intimate with anyone or had a girlfriend since her last one left three years prior, and her image is so important to her that she keeps telling herself it’s enough. Her ordered life gets confusing and messy with no notice when her father has a stroke and she’s forced to hire an intern to get through tax season.

Elliot Garza is so close to graduating she can practically taste it. With a few months left of school and an internship finally in place, she can start thinking ahead to when she’ll get the heck out of Darlington and hopefully into an entry level job in Washington DC that will position her on her ultimate path of helping low income families through tax reform. She doesn’t expect Kelly to be so resistant to her being there, but slowly she wins the icy woman over, at least into letting her do more than just scanning and filing. The more time Elliot spends with Kelly, the more she starts to see glimpses of something wonderful. Even if she is straight, maybe working together doesn’t have to be so bad.

Close to Home is a beautiful book that contemplates the private vs the public, and how we sometimes live based on compromises made with past versions of ourselves. Kelly is a difficult character to like, and frankly, I was prejudiced against her going into this book based on how she behaved in The Long Way Home. And yet, as I learned more about Kelly, her past, and her reasons for clinging to the closet, I found myself empathizing with her in a way I couldn’t have imagined. Being that perfect fulfillment of perceived expectations is taxing, but her fear means she can’t imagine living any other way, even when Elliot comes into her life with her dapper, brash butchness, fully out for all the world to see, know, and judge.

Elliot is much easier to connect with right from the beginning. She’s young, idealistic, brilliant, and motivated. She also has a kind heart that draws people to her, including Beth and Rory, whose story is at the center of The Long Way Home. Elliot’s goodness and patience makes her a perfect partner for Kelly, even when Kelly is rude to her in attempts to shore up the walls she’s long maintained against everyone. She doesn’t push, doesn’t ask for anything, even after she learns Kelly is a lesbian and understands that the attraction she’s felt for her is mutual. And while her feelings for Kelly quickly become deeply rooted, she also has her own priorities, and honoring that part of herself gives her a strength that is admirable.

Kelly’s journey is sometimes difficult to watch, and yet it’s also so satisfying. She has been keeping everyone at arms length for years, carefully scripting her identity to ensure there are no vulnerabilities or faults that anyone can criticize. Small town life is hard when everyone is in everyone else’s business, and she’s made damn sure no one will get in her business. Watching her change under Elliot’s attention and care is achingly slow and yet so perfect and true to who Kelly is. It’s the ultimate thawing of the ice queen, with a beautiful ending that honors both characters, and is well worth a read.