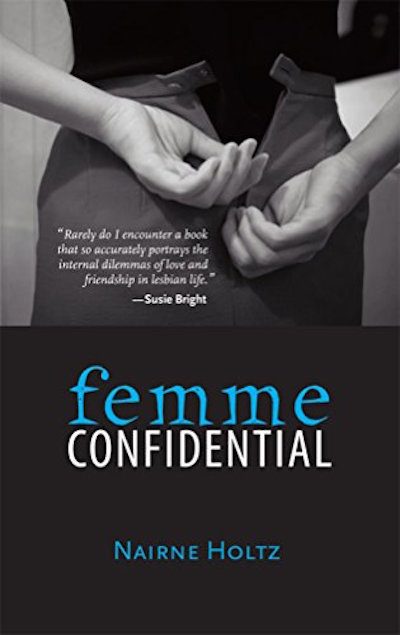 Watch a group of young queer people develop identities and relationships across eras in Toronto.

The title of this novel suggests a lurid paperback from the 1950s/60s about a secret network of female sex perverts. However, the author’s writing style is deadpan and understated, and the time-span ranges from 1981 to 2014, with a flashback to 1977.

In the course of the narrative, we watch a group of young queer people, mostly women, develop identities and relationships in the city of Toronto, Canada, which changes from one era to another. Three characters are in the foreground, and only one uses “I” to tell her story.

That character is Liberty, who grows up in working-class Nova Scotia as the daughter of Quaker expatriates from the U.S. After losing a job and leaving university, she hitchhikes to Toronto with a young man who is “mostly-gay” and mostly broke, and survives with no support from her family. Liberty is the only person she knows in the queer urban community whose parents have never disapproved of unconventional lifestyles, but apparently she is not one of the “causes” they believe in.

Interspersed with chapters told by Liberty are third-person chapters that focus on her friends and lovers. Veronika, glamorous daughter of a widowed mother, develops punk style as a teenager in the 1980s, and moves to Toronto. Veronika and Liberty meet when both are twenty. After flirting noncommittally with Liberty, Veronika breaks into Liberty’s shared apartment, writes in her journal, and sends her a cryptic message in a tube of lipstick.

Early in their confusing relationship, Liberty tries to distract herself with a young man named David, who “comes out” as a transwoman named Dana just after Liberty breaks up with him.

She tells him she is a lesbian, and he tells her that a relationship with him wouldn’t threaten her sexual identity. Breakup scenes have rarely been this awkward.

Despite their great capacity for hurting each other, Liberty, Veronika and Dana become a stable trio of friends who share a home. In various sexual relationships with women who are all some flavor of butch, Liberty acquires confidence as a femme while she becomes upwardly mobile through education.

The characters in this novel are complex but understandable; no one is simply a victim or a villain. While it captures a contemporary zeitgeist, this book seems likely to stand the test of time.