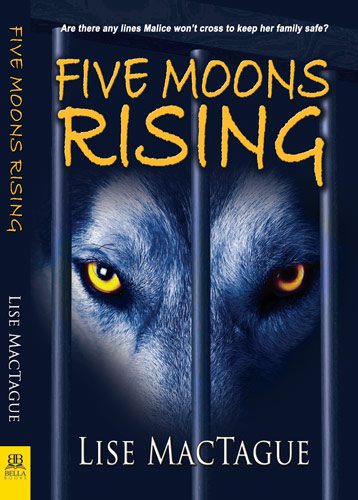 Her mother and sister might know her as Mary Alice, but the supras she hunts tremble at her codename Malice. The government doesn’t want people to know that werewolves, demons, and vampires exist, which is why it has Hunters like Malice to take out the ones that step out of line. Her training and genetic engineering means she’s stronger, faster, and more capable than other humans, giving her the edge she needs to take out supranormal creatures. Sure, her family might think she’s just an artist, but what they don’t know won’t hurt them, right?

Ruri Samson’s life is going pretty well. She’s right where she wants to be as the beta of her pack and her relationship with Britt is showing promise for a future mate-bond. That’s what she thinks, anyway, until the day Britt betrays Ruri in support of a bloody hostile pack takeover that forces Ruri on the run as a lone wolf. Ruri can’t trust anyone, especially Malice when she first meets her, but each woman needs the other to right the wrongs inflicted on their respective families.

Five Moons Rising is more than just a paranormal romance, although it’s also certainly that too. It’s chock full of action and adventure as Mary Alice and Ruri experience the conflicts that lead to their paths colliding. The danger is palpable whether we’re seeing Malice kill a dangerous demon or the bloodbath that drives Ruri from her pack. Her worldbuilding is also impeccable, ensuring that everything makes sense and fits, from Mary Alice’s Hunter abilities to how werewolves are made, and even how the local supra politics run with a sexy vampire at the top of the heap.

Through Ruri, and the newly turned Cassidy, we also get an excellent view into the dual nature of wolven, with the human and wolf being separate halves of the same whole. Ruri struggles as a lone wolf, used to the comforts of pack and stinging from Britt’s betrayal. She’s a woman on a mission to get her pack back and I appreciated seeing her choices and compromises every step of the way, stretching to make things right even if it means aligning herself with someone she never would have even weeks prior. I also appreciated the very same thing about Mary Alice, although she’s much more difficult to talk about without diving into spoiler territory.

We’ve been lucky enough to have some excellent lesbian paranormal romances come out in the last decade, and Five Moons Rising is among the very best of them. The action is intense, the sex writing is hot, the plotting deft and careful, and the pacing perfect for keeping readers on the edges of their seats. The characters and their motivations are very well done, and I like that Mary Alice and Ruri’s relationship isn’t a neat and tidy path from meet cute to happily ever after. I’m particularly excited that they have an ending that leaves the possibility open for a sequel. Five Moons Rising is a brilliant, fun thrill ride of a book and I can’t wait to see what comes next for these characters.