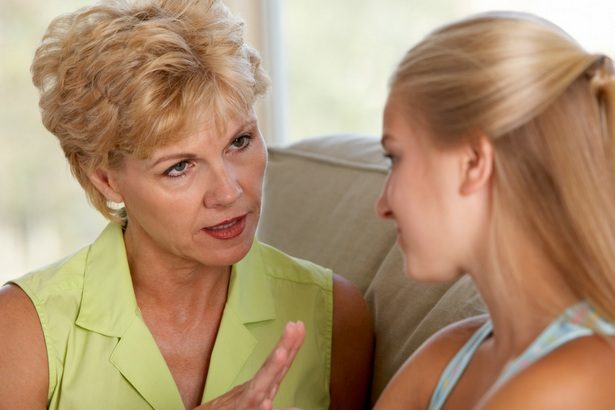 So you know what to say when your child asks, ‘mommy, whats a lesbian?’

Diaper changes, spit-up and mashed carrots. Parenting is a messy job. But for queer women, at the end of that list lurks the messiest job of all—coming out to their kids. Though that closet door seems even heavier when your kids are waiting on the other side, coming out to your children is often a necessary move for healthy families (and will make that inevitable sex talk a breeze).

Tips to Coming Out as Lesbian

Think outside the home
“Do heterosexual parents sit down with their children and say, ‘Mommy and Daddy have something to tell you? ” asks Lev. “Of course they don’t. Children growing up with LGBT parents find their families as regular and normal as any family.”

The process of coming out to your children from birth, explains Lev, will be less of an issue in terms of your children’s reactions, and more about “addressing the concerns that will come up when they realize not everyone is quite as happy as they are since they have two moms.” Get ready to do some extra explaining when your child starts school, where they’ll be exposed to outside opinions.

Talk the talk
“When children are little you just need to talk about ‘having two mommies,’ ” says Lev. As they get older, she advises, explain what LGBT terms actually mean. “Say, [for example], ‘bisexual is when someone can love a man or a woman.’

” As Lev reminds us “we get, as parents, to describe reality to them” so your coming out is just another part of the learning process. “Young children will accept [your coming] out with the same ease and confusion that they accept that you put plastic cards into machines and money comes out,” says Lev.

Work with older children’s previous misconceptions
“When gay and lesbian people come out later in life, or adopt older children, the conversation needs to more direct,” says Lev. Since older kids have already been exposed to opinions about LGBT relationships, it is important to be “sensitive to both developmental issues, as well as children’s own personality and history.

Generally older teens, especially males, have a harder time with a parent’s disclosure about sexual orientation, because their own sex and gender identities are in flux.”

Tips to Coming Out as Trans

Take baby steps
Coming out as transgender is better taken in small strides, Lev suggests. First, talk about gender generally. “Point out, without obviously pointing, gender differences among people on the street or people in their lives.

Organize your thoughts
Be direct with your kids about your feelings about your gender. However, suggests Lev, “I would separate that conversation from any conversation about what is to be done. In other words, saying ‘Mommy feels more like a boy than a girl,’ should be a separate conversation from ‘Mommy is taking medicine to make her look more masculine’”.

Stay open to different reactions
“We need to understand that sometimes children take things in stride that we expect them to have a hard time with, and sometimes kids react months or years later to things that we thought they took in stride,” explains Lev. “They may be comfortable with the idea of transgenderism, but not the reality. There is always some loss for family members when parents ‘change sex.’ ”

Tips to Coming Out as Polyamorous

Always keep your children in mind
Lev urges partner-seeking polyamorous sets to contemplate important questions first. “I think it’s crucial to your family adaptation that you understand the nature of the new relationship that you’re seeking,” she says. “Are you looking for another partner for yourself, for both of you, or another parent for your [child]? My advice is to always move slowly when expanding a family.”

Be as open with your child as you are with your partners
“When building unconventional families, we must remember that our children will have to negotiate these relationships with peers, school systems, and extended family members,” reminds Lev. “You will also need to remain open to continuous dialogue with your [child].” Lev says as they age, they may have many different feelings about their ‘unusual’ family at different stages of their life.

Give your child the right tools for the job
“[Children] must be given clear guidelines and language to understand the nature of your family so [they] can communicate it with others.” Lev says we must always be cautious of protecting ourselves from the scrutiny of outside authorities. “Sadly, if your daughter tells her friends in school about innocent cuddling with three adults in bed, it can be seriously misconstrued,” she warns. “In other words, play safe.”