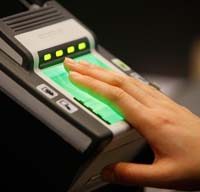 Navigating the waters of bi-national living as domestic partners.

Until recently, I hadn’t taken much of a stand on gay marriage in the United States.  In 2000, while living in California, my partner and I filed as registered domestic partners. We did so more as a public statement than for any real benefit, as my employment at the time certainly did not extend any benefits to my partner. We were also aware that if, or when, we moved out of California, it may not be recognized at all.

Now, over a decade later, we live in both the northern and southern hemispheres. Each time we return to the United States, we are interviewed by customs and border protection.
An interesting thing happened early one morning as we approached the agent’s kiosk with our paperwork and our children in tow.

The agent eyed us suspiciously.  After apparently noting we shared the same last name, he asked our relationship. I explained to him that we were registered domestic partners in California. Clearly unimpressed with this information, he asked which of us was the mother of the two children. “We both are,” I told him. He said this was not possible.  It is always interesting when a total stranger tells you to your face that the life you are leading, day in and day out, is not possible.

I try not to argue with uniformed government personnel from any country, especially when my children are with me. I carefully explained that we are both on their birth certificates, and therefore are parents of these children. I pointed out that we had entered the U.S. on past occasions with the same information and had no problem.

He told my partner that she had to leave our kiosk and go back and stand in line and wait for the three of us to be processed ahead of her. My youngest daughter began to cry when told that her mother was not really her mother.  The agent quickly averted his eyes to the paperwork on his desk. His only other comment throughout was to say that other agents bend the rules when it comes to this sort of issue but he does not. To his credit, he believes in enforcing the laws fairly and equitably.  His last comment to me was, “This law should be changed.”

This whole experience set my rusty wheels churning. How is it that we can live in Ecuador as a married couple, with only the domestic partnership from California to establish our relationship, yet the U.S. government doesn’t speak with a singular voice to the world on this issue?  Why is it that every heterosexual marriage in the world is automatically recognized by the U.S. government, but it doesn’t recognize a gay couple’s marriage in Vermont? Defense of Marriage is an absurd phrase; it really should be called, “Defense of Some Marriages.”

My moment of real clarity came in that line at 2:00 a.m. at the Houston International Airport. States rights with regard to gay marriage are dividing the U.S.’s population in unseen and unexpected ways for generations to come. I don’t know of any U.S. citizen, who, if treated similarly, would not feel like a second-class citizen at that moment. We sure did and the message the U.S. sent to my children will stay with them for a long time to come.

Gloria Steinem may have been the first person to coin the phrase “the personal is the political.” We have to overlook this concept, and I might add, at our own peril. This personal episode focused my attention on an important equal right. As another presidential election cycle spirals towards November, it’s a good time to remember how far we have come, but not forget how much is still needed for us to attain full equality.

Kim Stewart is a native Californian but now spends her time between New Mexico and Ecuador. She shares her life with her partner of 25 years, their two children, two dogs, three horses and one cat. She has a degree in history from the University of California at Irvine. Kim has been writing for public consumption her entire adult life.