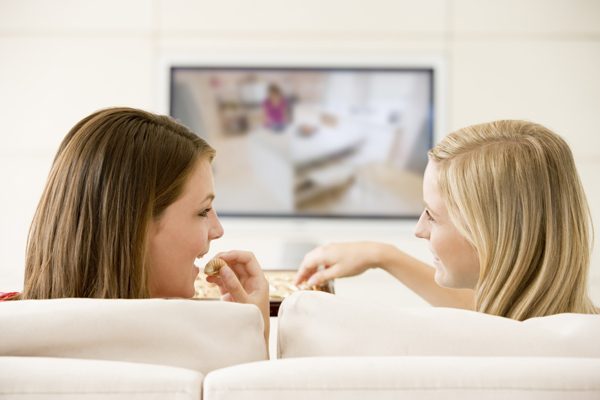 Wolfe Video, the largest exclusive distributor of gay, lesbian and transgender films, has recently launched the groundbreaking WolfeOnDemand.com. In an effort to combat online piracy and increase the legal commercial sharing of video, the website offers worldwide streaming of mainstream LGBT features and documentaries.

The new on demand platform currently offers a selection of 30 films, which are all available to rent or own. Ultimately the entire Wolfe library, of more than 100 films, will be available on the streaming service but already we have more than 20 lesbian-themed movies to pick from.

So in case you needed another excuse to make it a movie night, here are five lesbian films available now, to put on your must-stream queue:

From French lesbian director Celine Sciamma (Water Lilies) comes the story of 10-year-old Laure, who begins passing as a boy when she and her family move to a new town. The deep and heartfelt film takes an honest look at gender identity, childhood and relationships. This  award-winning film is loved by audiences and critics alike and a definite must-see.

Veronica Kedar writes and directs this dark indie comedy, which tells the tale of two women who fall in love with their country and with each other en route from Tel Aviv to Sderot. It’s pretty much the lesbian “Thelma and Louise.”  ‘Nuff said.

In 1950s Nevada, Professor Vivian Bell is in the process of getting divorced and also in falling in love—with a woman. As she stays on a ranch to finalize her new life, she finds her herself increasingly drawn to the ranch owner’s daughter and out and proud lesbian, Cay Rivers.

Rocky emotions are set against a rocky Nevada landscape and tender moments to a country and western score. It’s a classic, the top-grossing lesbian-made lesbian feature of all time and basically should be seen by anyone interested in lesbian cinema.

From the director of But I’m A Cheerleader, and the producers of D.E.B.S. comes a politically charged and sexy comedy about young and newly out Melanie Diaz as she gets involved with a gang of Feminist activists called Clits in Action (C.I.A.). For all the dykes who are tired of seeing sensual romantic dramas and crave a little bit of rebellion, this film is for you.

Set in an idyllic Indian village, where arranged marriage is the only acceptable form of coupling, Kiran and life-long friend, Delilah, create scandal when they develop lesbian desires and fall in love. In an unpretentious manner, Sancharram reminds us of the raw power, beauty and often torment of same-sex love in a community that forbids it.