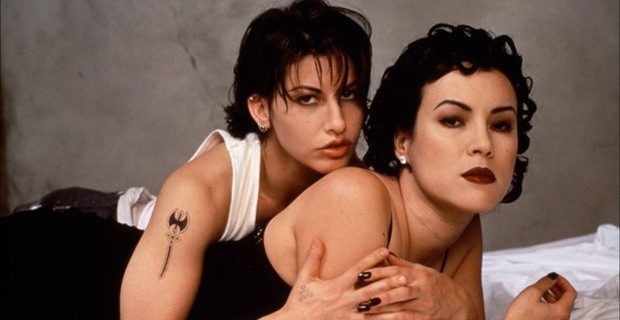 To take our minds off #DeadLesbianSyndrome, we take a look at the film world where the leading ladies actually survive.

At the moment it seems like hardly a day goes by without a queer female character being killed off or having a happy ending snatched away.

The Vampire Diaries have been one of the most recent culprits, showing lesbian lovers Mary Louise and Nora killing themselves. The women were the last two lesbians on the show, and their grim exit brings the death toll since the end of February to six.

Alongside the demise of Rose from Jane The Virgin and Lexa from The 100, it seems like there’s no stopping what has been dubbed “dead lesbian syndrome”.

So, to cheer us up after all the doom, gloom and lesbian deaths, we’ve compiled a list of 10 lesbian films where no one dies. Yay!

Starring the hilarious Natasha Lyonne (Nicky in Orange Is The New Black), this film is an instant winner. Megan (Lyonne) is a a cheerleader who is accused of being gay by her family and boyfriend for some laughably stereotypical reasons, such as eating tofu and having a Melissa Etheridge poster in her room. Although the film is ridiculously camp and takes a very light hearted approach to the serious subject of gay rehabilitation, it’s a refreshing change from some other lesbian films.

This film has been praised for being one of the few to actually give queer Asian women a voice, and the fact that it is also semi autobiographical makes the film even more realistic. Oh, and who can forget the dance scene between Tala (Lisa Ray) and Leyla (Sheetal Sheth)?

One the most original lesbian films around, this funny musical comedy feels really fresh and actually has a really unpredictable plot. The soundtrack also features lesbian music icons, such as Tegan and Sara and She.

Definitely one of the best things to come out of Sweden other than IKEA, Show Me Love was so popular it managed to beat Titanic at the box office in Sweden when it was first released. A perfect tale of teenage queerness, this will take you back to your first high school crush.

It is not hard to see why this is often thought to be a classic for queer women. This romantic comedy quite refreshingly lacks clichés and stereotypes, and avoids scenes in which the protagonist is tortured by her sexuality and is forced to come out to her unsupportive family. Whilst Luce (Lena Headey) is openly gay, Rachel (Piper Perabo) does not say how she identifies, making it a modern way of showing the fluidity of sexuality.

Starring Leisha Hailey as a pink haired rocker, who of course went on the play the incredibly funny Alice in The L Word, this film is not one to be missed. Although it’s not exactly a happy story, it is perfect because the lesbian aspect is understated and extremely realistic.

Considered to be a queer classic, this fast-paced comedy is well remembered for its multiple realistic sex scenes. It’s also quite a significant film because the actresses Jill Bennett and Cathy DeBuono, who played Casey and Danielle respectively, began a four-year long relationship after filming was finished.

This film is definitely one to watch as it currently holds the title of the longest on screen lesbian kiss in history, with pastor’s wife Elena (Necar Zadegan) kissing lesbian writer Peyton (Traci Dinwiddie) for a whopping three minutes 24 seconds.

Set in the 1950s, this is an old favourite among queer ladies. The film really shows the art of seduction, and it is rumoured that The L Word cast members had to watch the sex scene as part of their preparation for their same-sex love scenes.