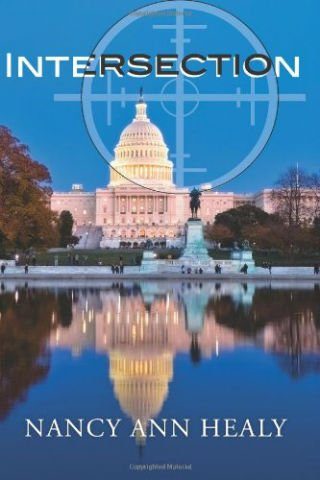 A romantic-political thriller, involving a talented FBI agent sent to investigate threatening letters sent to a congressman, who happens to find love under the worst of circumstances

Intersection is the story of FBI agent Alexis Toles, a talented agent who is sent to New York to investigate threatening letters sent to Congressman Christopher O’Brien and protect the Congressman’s ex-wife, Cassidy, and their six-year-old son, Dylan. As the days pass by, not only does she discover there is more to the situation than political agendas, but she also discovers she has growing romantic feelings for Cassidy and that those feelings are mutual.

This is not your typical lesbian fiction book, there is more to this story than the building romance between the main characters. It is also a really good political thriller that will have you on the edge of your seat. The author did a good job researching the subjects she wrote about as she goes in-depth with the case and the events that happen throughout the story.

Looking at the relationship between the agents, Toles and Fallon, besides professional, these characters really have a close brother-sister relationship with each other. Something that in my opinion is needed to perform your assignment correctly, and the author did an excellent job in describing their bond. We see other supporting characters such as Cassidy’s mother, Rose, who plays an important role in the building relationship between her daughter and the agent. We also have Dylan, Cassidy’s son, who builds a beautiful bond with Alex and thinks of her as his hero. Then, we have Agent Brackett, which without giving away too much of the story, is one of those characters you fall in love with but you hate at the same time. She plays an important role in this story.

Of course, we have the main characters, Alex and Cassidy. Besides being the over-confident agent, Alex is a sweet and down-to-earth character that will move heaven and hell to protect her newfound family. And Cassidy is a spitfire with a gentle soul that finds true love with the agent. Their love for each other is pure and un-selfish, and in my opinion, it breaks all the stereotypical lesbian love stories out there in the market.

I give this book a five star rating. It will not only give you an entertaining plot, but gives you that glimmer of hope that there is someone out there for each of us that will love us unconditionally in the purest form for who we truly are.