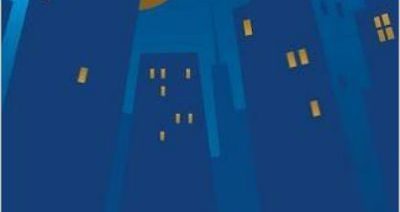 After my raving review of Criminal Gold, Cantor Gold’s first adventure as a dapper-dyke-about town in post-WW II New York City, I picked up the sequel, Tarnished Gold, waiting for the other shoe to drop. Fortunately for me and all readers, Ann Aptaker delivers again a great noir set in the world of 1950s art smuggling.

Cantor Gold has another run-in with organized crime and, of course, the ever-so-unhelpful NYPD when she first delivers a piece of art that she herself recently smuggled into New York City and then has to retrieve again after an old lady is brutally murdered. The wild hunt for the missing masterpiece takes her from the upper echelons of society right down to the docks and back again. And during all this, she gets her first definite lead on her long-lost lover, Sophie de Luna y Sol. If Cantor can dodge the fists and bullets aimed at her quickly enough, she might have a chance to unravel Sophie’s mysterious disappearance.

I now firmly associate the Cantor Gold series with dark nights at the docks, the ominous clanking of metal, and, of course, drizzling rain. This is where Cantor does her signature work—smuggling artwork via tugboat into the US. Not only is entering a ship on sea at night dangerous business, but she needs to avoid crooks and organized crime, as well as the police who do not take kindly to “perverted” dykes, dapperly dressed as they might be. And this is in a nutshell why Ann Aptaker’s books are a page-turner for me: she has a real gift for setting the scene with historical details in a way that doesn’t detract from the story. Aptaker’s background as a curator of art and professor of art history is more than apparent, and without being overwhelming, that perspective adds a whole other dimension to her storytelling. The descriptions of New York City’s buildings, apartments, architectural details, cars, and people are dead-on, and a period piece in itself. All too often, historical novels are lacking in these details that help to take the reader back in time and really set the story’s scene. And be prepared for another noir where Cantor navigates through society, both high and low. This is another point in favor of the Cantor series: It shows the entire gamut of society—the rich collector as well as the nighttime smuggler—all of who might be involved in the smuggling of art.

Again Aptaker’s writing is smooth, flavored by well-researched period phrases, which in itself is a great treat. The story is well-delivered, and the dialogues are sharp. All references to art are spotless. The only catch (not really, no): if you haven’t read the first book, you should, you really should. Not only to catch up, but for the sheer joy of reading beautifully crafted historical novels and noir crime.