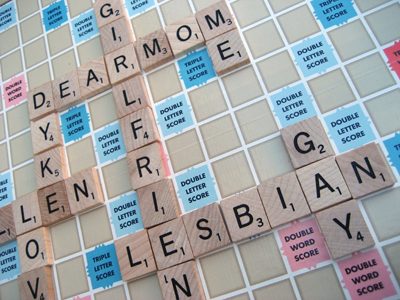 Try these essential strategies when outing yourself.

Whether your parents are conservative, Bible thumpers or ultraliberal, planet huggers, coming out is never easy. For many of us, living quietly within the confines of the mothball-infested closet is like being trapped in one of those space-bags of winter clothes; we’re deflated with the life sucked out of us, waiting for a better time and hoping for more seasonable weather to open up into freedom.

It is difficult to find the courage to tell people close to you that you are someone other than who they may think. No one embraces the idea of letting parents down by not fulfilling their expectations that popped out the womb with us at birth. Bundled up with you in your receiving blankie, like it or not, were the expectations that you’d meet a man, have your parents’ grandbabies and a giant wedding of bankrupting proportions. (Hopefully, not in that order.)

The fear of coming out is no less pervasive than the fear of the unknown and the fear of rejection. You cannot anticipate fully what they will say and—in a worst-case scenario—they could turn their backs on you forever. This unwanted possibility puts a great deal of inherent pressure on one statement: “Mom, Dad, I’m a lesbian.”

Here are a few strategies to make this difficult conversation a little easier.

1. Time and place are important.

This is not a conversation that you want to have in the pews during your little nephew’s Christening or on Christmas morning, as packages of joy are being opened. (Though when you open your sixth copy of The Rules for Getting a Husband, you may feel like screaming the news loud enough to wake the Grinch.)

Coming out at the Thanksgiving meal also is not the best plan. There are carving knives and way too much wine flowing to make this an easy transition. It is not suggested that you try to slip the coming-out into the pre-eating prayer such as “Dear God, thank you for this food and the ¬little-known fact that many of the women Pilgrims were lesbians who created this pot-luckish¬ holiday tradition with their American Indian female lovers just as flamboyantly lesbian and happy as my girlfriend, Suzy, and I now are.” Holidays are stressful enough without adding the weight of this disclosure to the tension.

The best place to have this conversation is in your parents’ house. This way, you can leave when you need to. As for when to come out, the prime “outing” season falls prior to October, although Halloween might not be a good time to have the conversation, as your folks may think you’re just trying to scare them. “Sure, sure,” they’ll say, “And you’re also really Xena Warrior Princess like your costume.” Also avoid April 1, as your parents will never believe you.

The holidays are already exercises in forced ¬familial togetherness, and often, the holiday get-together is the first time that they get to lay eyes on your new girlfriend. You’ll want to give them ¬ample time between your bombshell and the holiday function, so that they can get used to the idea. This may avoid a potentially uncomfortable situation wherein your partner spends the holiday evening on the receiving end of your mother’s evil eye.

Understanding who your parents are and how they communicate (or don’t) will give you solid preparation. You’ve known these people your entire life. If dad is a hothead, you should expect fireworks. Prepare yourself for it. Bring earplugs for his screaming and have a prepared exit strategy. This conversation will not be a Heathcliff Huxtable kind of moment. He’s not going to change his stripes and suddenly be nurturing and understanding. He’ll blow his top, but he’ll eventually get over it.

Communicate in a way they are used to. If your folks are not much for talking beyond small talk, hosting a game night can be a fabulously nonthreatening avenue for coming out. Suggest a game of Pictionary and draw your confession. Be careful what you draw. It could make things a little too graphic for comfort. Or play Scrabble, spelling out words like “dyke,” “gay,” “lesbian” and “Ellen.” They’ll get it eventually.

If communication just doesn’t happen in your familial unit, tape a copy of this article onto their front door. Write, “This is me, I’m gay,” in the margins and leave it there for them to read in their own time. They’ll never acknowledge this ¬admittance on your part, but, at least, you’ll know that they know.

If your folks are more of the “I’m disappointed¬ in you” type, then you may see some waterworks. Remember, however, it’s not your sexuality that they are crying about. It’s their sense of loss of the expectations that came with you when they had a baby girl. You may need to allow some grieving time, which is sometimes harder than facing a screaming, red-faced tantrum. When the tears have finally dried, they’ll come to realize they haven’t lost anything at all.

Here is a strategy you may have employed a great deal in your childhood. When it comes to difficult conversations, such as “Can I keep this stray dog?” or “Can I borrow the car to go to a college party even though I’m just 16?” the best approach is to divide and conquer the folks. You approach the easier one first and get approval, then employ that alliance to get to the other, more-difficult parent to acquiesce.

You may be surprised—and it’s quite common—that at least one of your parents, or even a sibling, will coolly note that they knew you were gay all along and will ask what took you so long to come out. Now you’ve got an ally, as you must face the other parent. This person can serve as an excellent defuser of the situation’s tension.

Even if the first parent you tell is not so accepting, you can still find strength and empowerment in getting through the conversation the first time. Facing the other parent, knowing that someone else in the room already knows your secret, can take some of the pressure off the situation.

Sure, it’s a bit on the chicken side, to say, “I’m glad you understand. Umm, can you break the news to mom for me?” But it beats having a Jerry Springer moment when you can avoid it.

4. Some education is required.

Be ready for stupid questions. They can’t help it. Everything they know about being gay they learned from unrealistic talk shows and Will & Grace. They may want to know if your girlfriend “brainwashed you” or if you’re just lonely, unable to find a man. They’ll say it’s just a stage and that you’ll grow out of it. You’ll have to patiently debunk these notions which allow them to rationalize and minimize your lifestyle. You’ll have to talk to them about being born this way, if you believe that, or about making choices that feel right for who you have always been. It may take awhile for them to get it. But time will become your ally in this regard. Be patient and do not lose your temper or your sense of humor.

They may ask insulting, inane questions like, “Who’s the boy?” And you’ll have to try to ¬patiently explain gender dynamics to them. Or you could go for the easy out (pardon the pun) and say, “She is the boy.” Or they may ask, “What did we do wrong?” in which case you should ¬assure them that there was nothing they could do to change this. When they insist on something, tell them it was that they never gave you the pony you wanted, just to give them something to hold onto. Some folks need that to move on. (It’s as relevant as the fact that they let you play with GI Joe and pitch in the boy’s little league.)

You may have to re-educate them regarding stereotypes that they have, as you may be the first “gay” they’ve ever really talked to. They may be surprised to find out that not all lesbians are man-haters who won’t eat meat and were sexually abused as children. You’ll likely have to remind them that you’re still the same person that they loved and supported yesterday and that whom you sleep with and live with does not change who you are, at heart the same good person that they raised. You’ll likely have to remind them that you can still have a wedding that they’ll have to pay for, grandchildren that they’ll have to baby-sit, and a house in the suburbs that they’ll have to co-sign for. But the better news is that your girlfriend can tune up their car and still make a mean pot roast at the same time. They may find that your partner is more personable and well-rounded than any guy you could have brought home.

They may try to educate themselves, but be prepared for the worse in this regard. They will go to their pastor or priest, to bad reality-TV shows and to Blockbuster to rent the entire series of The L Word. Then, you’ll have a lot of explaining and re-educating to do. Be patient with them and have a therapist on standby for an emergency counseling session to attempt to explain that just because a character on the show decides to go back to men, does not mean that you will or that it is common among lesbians. And, well, explaining The L Word’s Max/Moira is light years away.