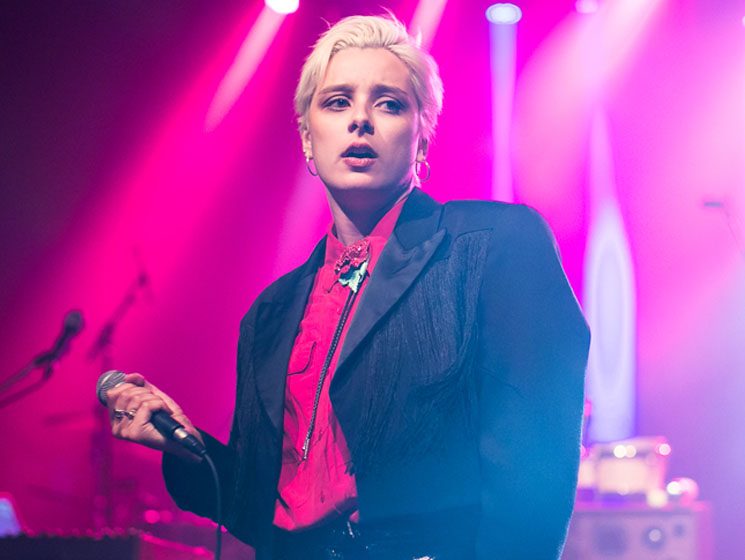 Toronto artist Nyssa will release her debut album, Girls Like Me, on August 21st.

Discussing the record, Nyssa states, “‘Girls Like Me’ is an album about freedom. We all look to stories and fictions for clues on how to navigate our messy lives. I seek to write anthems for all our rebellions. I aim to shed light on new pathways. Non-men lack the power to wander freely. I wrote these songs to fill this wandering void. Hitchhikers. Outlaws. Killers. Rebels. Bad boys. Renegade heirs. Players. Lovers. I want to embody each of these. As a woman. An androgyne. A pansexual pagan.

‘Girls Like Me’ is a practice in double-entendre—in title and in play, in composition and performance. I am a hybrid artist. I don’t believe in genre-constraints. These songs all fall somewhere between folk and pop, country and electronic, punk and soul, dance-pop and power balladry, but that’s not what defines them. I consider the realm of popular music as one vast land–I believe in continuously connecting and following the through-lines. Each musical moment is informed by another, and as such, each of the songs on Girls Like Me is purposefully in dialog with its past.”

Nyssa has a great understanding of modern life.

Her character-driven songwriting illuminates the big picture with its edges curling in from the heat of the flame.

Her cross-genre, cross-decade approach to production—with its marriage of digital and analog, live sound and sampling—is uniquely captivating.

DIY Magazine stated, “If you can picture Savages’ Jehnny Beth giving her best death stare while possessing the pipes of an ‘80s power ballad queen, that’s somewhere in the ballpark of Torontonian producer Nyssa.”

Nyssa has been writing and performing music since she was 12 years old—cutting her teeth in the Toronto scene and befriending musicians of all ages and paths throughout her formative years.

Between her loner childhood, musical obsessions, and over a decade waiting tables and people watching, she’s cultivated a distinct lyrical voice and production style, seeking to tell stories that haven’t been told and forge unique sonic pathways.