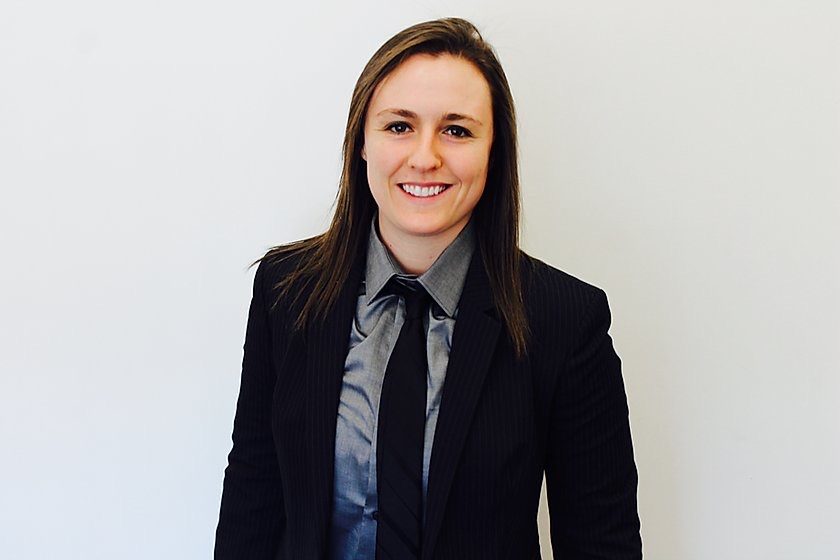 QueerGirl Events, a nationwide LGBTQ+ events company is stopping in 12 cities across the nation as part of the first ever, Queer-Female Pride tour.

This tour represents more than just dynamic and progressive parties – it’s a movement. QueerGirl has thrown high energy parties across the nation since 2017. The team aims to provide a new experience for the next generation of queer women. More so, QueerGirl increases visibility for the younger generation by building a community of promoters across the nation to push the events and by using top DJs, performers, dancers, hosts, and more that are highly involved in the queer community.

Tell us about QueerGirl. How long have you been throwing events and the background of the company?

QueerGirl is a premier events company that throws high-energy parties that embody the style and feel of the next generation of queer women. We hire DJs, performers, dancers, hosts, influencers, sponsors, entertainers, and many more who are involved within the queer-female community to be a part of our events. Our events are inclusive to all ages (21+), races, religions, sexualities, and gender expressions and aim to provide a space to meet others in the community.

I started QueerGirl in San Diego during the summer of 2017 and we have been operating going on three years now. Our company has changed throughout the years as we have expanded. During the first year, we threw events within San Diego, building a very strong base within the Southern California queer-female community. Then, as we expanded operations to Phoenix, Texas, and Atlanta, we began throwing local events in other regions. After a couple of years, we realized we were able to go bigger and reach more people in the community with Pride events, which is why we have shifted from throwing multiple local events across the country to focusing our efforts to throwing the biggest Pride events across the country.

How many people are a part of QueerGirl? Are you expecting to grow your team?

Our team is small but mighty! There is a total of five of us. I am the CEO/Founder, Debbie Masilah is our Chief Creative Officer, Shea Silvernail is our Marketing Director/Public Relations Manager and one of the Regional Operations Managers with Karlee Kelso, and Laila Grey recently joined the team as a Graphic Designer.

Outside of our direct team, I think what’s most special about QueerGirl is the vast network of queer females we work with on multiple levels that we treat like family as if they are a part of our team. In three years, we have worked or partnered with a numerous amount of DJs across all genres, dancers, hosts, operations staff and influencers in each city for every event. In addition to this, we have also built a huge team of promoters across the nation – even in cities we have yet to throw an event in. This team of promoters is the foundation to our business model and I think it really sets us apart from other LGBTQ+ companies because it builds a true community. Our promoters push our events through social posts, or modeling our merchandise for unique content. There’s no cap to our team and we truly want everyone to feel like they can be a part of our movement.

What’s the purpose and/or vision behind QueerGirl?

We want to “freshen” up the culture with something new and diverse compared to what everyone else has been doing for the past 15+ years. In the first year, we were able to reach an untapped market of the newer and younger generation of queer women across the country. I would have girls DM me from the east coast before we even threw our first event saying that they felt represented for the first time in a way that no other brand had visibly shown, which only motivated us to keep expanding to give these girls a place where they felt comfortable.

We want to build a new community platform around giving queer-women spaces that are motivated by a new queer culture, but is also of the same standard of any top tier nightclub/bar they might regularly attend on the weekends. Many times, queer spaces have the same music and entertainment, leaving no room for innovation adn many younger girls choose not to go to LGBTQ+ venues because of that. We wanted to change that perception by incorporating relevant DJs, musical genres you usually can’t find in queer venues, while brining in community influencers to cultivate a unique experience attendees won’t forget at our events.

We are a company built by the queer-female community, so it’s our goal as a team to be open to feedback from our attendees and find ways to continuously change, evolve and improve.

If there is one message you want to communicate to people who follow your brand or attend your events, what would it be?

We want to be the #1 Queer-Female Pride Party in every major city in the country (and hopefully world). We want to create an innovative, safe space for the queer community and make a new name for queer nightlife. What makes your 2020 Pride Tour so unique? Do you guys only throw Pride events?

This is the first-ever, queer-female pride tour headlining two of the largest lesbian DJs – Cristy Lawrence and Skyler Madison – on such a large scale (12 cities) across the US. Typically, many pride events are run by local venues or individuals in the community, who we also sometimes partner with, but we saw that there was no brand/company bringing together the community on a national level, so we built this Pride Tour to break down those barriers and form one overarching community where all can be included.

Although we have pivoted to focus on Pride events, there will still be seasonal pop-up events planned in the future.

What makes QueerGirl stand out compared to other LGBTQ+ event companies?

We are open to evolving. We always want to be on the forefront of the newest ideas, queer culture, influencers, style and marketing tactics. We actively embrace change and diversity and want to redefine what people think of what the modern queer-female looks like today. There is a lack of inclusivity amongst our community and I think we are one of the first event companies to not only recognize, but find ways to bring the community together, no matter what race, ethnicity or religion you are.

What types of people does QueerGirl bring to their events? Do you expect this to change at all?

We bring ALL types of queer women and heterosexual allies to our events! We attract a lot of queer women in their early-twenties, but also have a large amount of older queer-women at our events as well. It’s one of the things we love most about our events – the immense diversity we bring out.

I think one of the best compliments we continue to receive from our events are people in awe at the fact that we are not only able to reach and attract so many types of queer women, but that we are able to build a high-energy environment where everyone can party together under one roof.

What are some of the best and/or most memorable moments QueerGirl has had?

The first San Diego Pride and Atlanta Pride events were very memorable. We had over 700 people come out to the first San Diego Pride event back in 2018, which at that time, was unimaginable to me. This was a real turning point for me in being able to recognize QueerGirl’s potential to reach a massive amount of people in the community. The first Atlanta Pride event was in 2018 and it was actually our first event in the south or east coast. We had no idea what the turn out would be, but it ended up being one of the most successful parties we threw to date. This allowed me to understand that not only could QueerGirl have a presence within San Diego, but that there was a huge need for QueerGirl events in other cities.

How do you think starting QueerGirl has impacted the community?

QueerGirl has given our community a place to connect and meet one another. The lack of nightlife geared towards queer-women can make it really difficult to find friends and partners within the community. Because our events bring out such a large crowd, we provide opportunity for individuals to meet new queer-women.

On top of that, I am really proud of the fact that we are able to find regional queer talent and be able to provide a platform for them to grow as artists. I also believe QueerGirl has impacted the community by giving queer-women more options for higher-quality events.

What are some of the biggest challenges QueerGirl has faced being newcomers in the LGBTQ+ scene and specifically queer-female scene?

The biggest challenge we have run into specific to the queer-female nightlife scene has been being at the forefront of change, and navigating how to deal with the older generation bar-owners, and event planners. In our experience, and like most newcomers in any industry, veterans who have been in the game for a long time have difficulty adapting to change and evolution within the scene.

We have always prided ourselves with working with other queer companies as opposed to in competition with them. Sometimes other companies don’t necessarily see the partnership that can come of working together to create something larger, but we have proven that if you put differences aside – not only can you build something unique, you can also gain visibility, and respect for our community and the people within it on a larger scale.