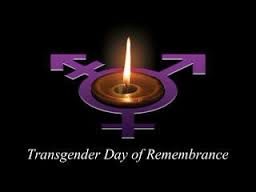 What a debut novel Joan B. Flood has offered! Very well told, incredibly well edited and with a topic near to the heart of every teenager: fitting-in!

Carly is a well-adjusted teenager with a "big brother" every girl deserves. Alas, due to her father's job she not only had to move a lot around the country, but had difficulties fitting in because her father's job entails laying off the parents of her fellow-pupils. Now they have moved to Astoria and not only is there the prospect of a longer stay, but her father has got a job with a different goal.

But fitting in is not as easy as it looks – Carly makes fast friends with Jane, Corinne … and there is Tommy Mack. Old histories and bad blood interfere and not everything and everyone is what it or they look(s) like.

I loved how Joan, an Irish writer with a gift of storytelling who now lives in Vancouver, Canada, lets the story unhurriedly unfold. There is not much unlikely drama, nothing eccentric, only the normal "stuff" and the normal challenges of school, friendships and sports. Among the "stuff" is Carly's discovery of her attraction to girls. It is taken in stride since her aunt is already a role model. Being gay is not as world-shattering as it should be. Carly is a normal teenager, vulnerable and open-minded. And she realises what every well-adjusted teenager needs to realise: "People could change, they could be good and bad at the same time. They could be seen as bad or good for the same thing, depending on who was doing the looking. … Besides, people must be able to change, to clean up, and to learn. Otherwise, what was the point?“ This is one great message of the book which has a very positive view of life. A great read for any teenager, boy or girl, and for any adult who might have wished for such a book in their formative years.