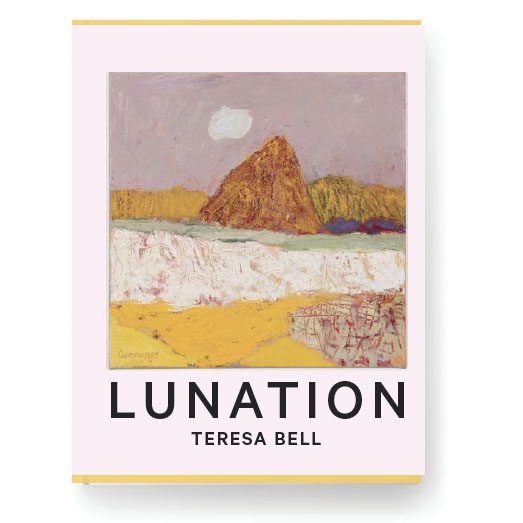 Lunation is a literary thriller set in a world where truth, fiction and character are merging and unstable.

Isabella Luce is a Sydney journalist who is put under surveillance by the Howard Government for trying to tell the story of Luna, a young girl from Basra who is held in detention. The novel charts Isabella’s subsequent psychic disintegration, taking the reader on a paranoid journey into the confined mind and the stories that haunt that mind. It is also a love story about a scared girl seeking a mother and a lonely woman seeking a daughter. It is about the importance of real connections in a cold, new disposable world where love and sex are found online and thrown away as quickly as possible.

Lunation is told in frames of points of view, prose, documentary, afterimages and poetry and fragments into ghost stories of ‘mad women’ such as Zelda Fitzgerald, Yoko Ono, Sylvia Plath and Janet Frame. The ghosts that inhabit the walls of prisons, literature and the mind vie for attention in a hurly burly of urgent narrative reminiscent of Milan Kundera, Jeanette Winterson or Michael Ondaatje.

Lunation asks the reader to explore the edges of the information we are given and the greyness between fiction and fact. It is the story of a mad nation, complicit in crimes by remaining willingly ignorant and accepting the printed word as truth. It is about the stories we tell ourselves in order to feel free and asks if freedom is ever really possible.

The novel was written as part of my doctorate in creative writing which I wrote on Dorothy Porter, Anne Carson and Siri Hustvedt – looking at how women's writing has changed and evolved and pushed the idea of the novel since involuntary incarceration was abolished in the 1960s. Lunation is also a thriller based on the censorship that I encountered as Artistic Director of Playworks, the women's script development organisation, when wishing to speak out about children in detention.

It is a book about those we lock up.