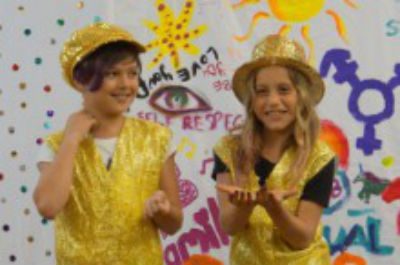 Daughter of Mystery is an insightful novel which will appeal to lovers of fantasy and readers of historical fiction alike. The novel explores at a leisurely pace the world of Alpennia, the place of women in its society and the mystic nooks and crannies of its religion.

Not every fantasy is a wild ride with sword fights, sorcerers and dragons. Daughter of Mystery is a different and very rewarding read indeed. It starts out so real that I first thought I had started a historical novel set in the 18th century in the Alpine region of Europe. And when Heather Rose Jones begins – nearly imperceptibly – to bend reality it took me a minute or two to realize that she now had led the reader into the realm of fantasy. Well done! Brava!

The story centers around Margerit Sovitre who as an impoverished girl from a good family has only one lot in life: a good marriage. Enter Baron Saveze, her rather eccentric godfather and very distant relative. He leaves upon his death unexpectedly his vast fortune to Margerit. The heir to the title is left with only a pittance for good reasons. Now Margerit's only lot in life is: a better marriage. Or so society thinks. Margerit's secret yearning though is to become a scholar, specifically a scholar of religious miracles. Enter Barbara, a feared duelist and body guard, a female without a last name and enslaved to the former Baron Saveze and now to Margerit. Very quickly both women bond around their common interest in scholarly matters. And Barbara's skills in weapons and knowledge of court matters are sourly needed as well. For the new heir to the title of Saveze feels cheated and wants "his" money back from Margerit by all means. A slow dance of court intrigue mingled with scholarship and miracle working complete with some sword play and matters of the heart unfolds which slowly but inexorably enthrals the willing reader.

The world-building is very thorough. I especially loved the glorious way Heather Rose Jones introduces and describes the workings of the so-called mysteries and Margerit's special talents. Her handling of the Latinized rites is exquisite (apparently she is a scholar of historical linguistics and it shows). The society, the court intrigues, the main or secondary characters are all very detailed, well thought-out and believable. Heather Rose Jones spotlights as well the role or rather the "lot" of women not only in Alpennia but in many patriarchal societies and thus reflects back a time not too long gone in Western societies. And although Margerit and Barbara eventually find their place in society together, it is by no means the focal point of this book.

To sum it up: An unusually thought-provoking fantasy, very well-written, bordering on historical with a delightful bend into the mysterious. Slow-food for leisurely hours.