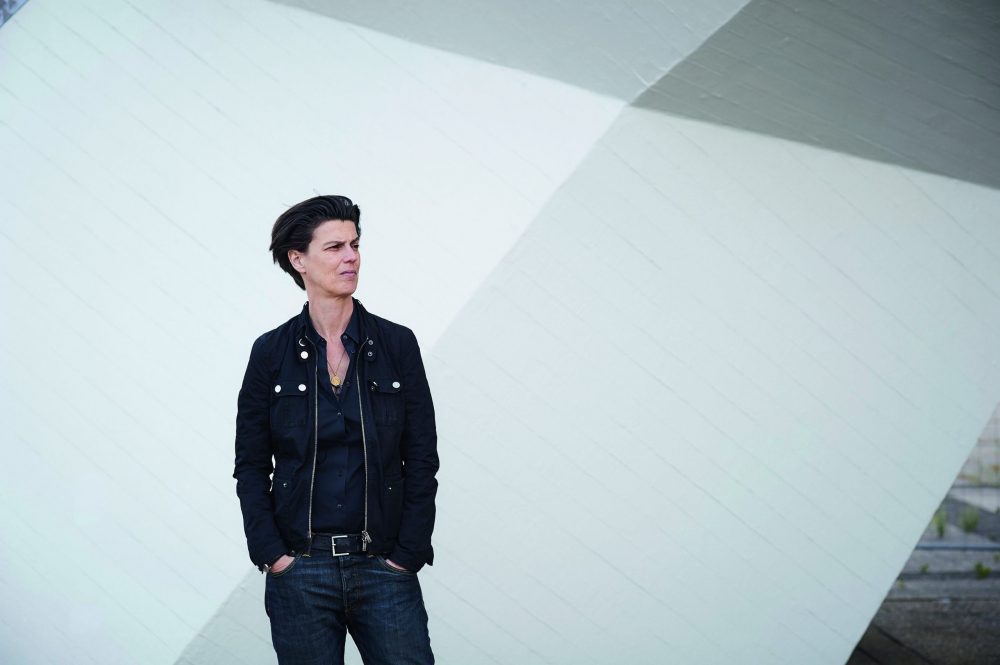 How We Desire is the first English translation of a German essay on the relationship and tension between how we experience our sexuality and how we identify ourselves.

Lying has become a life companion. I have written that sentence and deleted it again three times. I wish it weren’t true and so, lying, I overwrite it once more, but it remains true. Lying accompanies me wherever I go, offering itself, insinuating itself, always at the ready, a threat to truth. There are circles of truths—different degrees of truth that form around the innermost circle that is my lust— my living, changing, deepening desire. And what I say about it.

Closest to the centre there is silence, thrusting its way before truth like a shield, hemming it in. Then there are rings of extended and abbreviated truths; there are gaps, unwritten surfaces, stories that get left out or altered— sometimes only in part, sometimes altogether—and last of all, in the outermost ring, there is the plain, unvarnished lie.

I don’t suppose that’s anything special. Most people live in similar circles of silence and speech, although it isn’t always desire that’s at the centre. Some things are kept silent through forgetfulness, because they’re not important or significant enough; others are kept silent through guilt or fear. Sometimes taboo zones are handed down through the generations, governing day-to-day life without ever being questioned. People hush up their own shame, or that of others. They deny strengths or weaknesses. Sometimes an illegitimate child is hushed up, or a disability; sometimes a person’s happiness, a particular talent, a gift that is out of place in the world it has sprung up in, a sensitivity at odds with a harsh milieu—anything that is considered too complex, too hard to explain, too intractable for an ordinary conversation among strangers—all that can end up being trivialised, romanticised, normalised.

It’s usually banal questions that propel me from the innermost circle of truth into the next, where I start to hold myself back, leave things out, conceal things.

That’s the classic. It’s something I’m often asked on my travels—in Haiti and Albania, Iran and Gaza, places where people who love the way I love can be humiliated and raped, indicted and executed. ‘Are you married?’ The question usually surfaces in the course of a long discussion, and often there is a large audience. A short-haired woman asking questions, a foreigner—it’s like an exotic spice; everyone wants a taste. It’s more informative than the telly—a chance to talk back to the western world at last, a rare opportunity to engage it in dialogue.

It’s a gesture of goodwill, like a glass of sweet tea—an offer, an opening, something to inspire trust. Because for the people I talk to in Jenin or Port au Prince, we’re all married. For them, the question is a kind of safeguard, like a piton driven into a rock face by a mountaineer—something stable that allows you to keep climbing, something you can come back to, should it prove less safe higher up.

Of course she’ll say yes, they think—after all, who isn’t married? Even women who travel the world are married—even women with a job that takes them far from a household they should really be taking care of. All right, so presumably their husbands have rather different ideas about marriage than people have here, but they’re married all the same—we’re all married…And from marriage the conversation can move on to children and family—all that creates trust.

All conversations among strangers should start with the similarities; that way, the differences that are bound to crop up sooner or later will be more bearable, won’t open such gaping abysses.

What can I say? I know nobody’s expecting a nuanced answer. The truth is, I’m not married. That’s a relatively straightforward answer; it isn’t even a lie. But do I say it? If I reply: ‘I’m not married’, it’s nothing but the truth, but it brings a whole trail of misassumptions in its wake, some of them spectacularly funny.

Not long ago, a union leader in Rafah, in the southern Gaza Strip, offered to make me his third wife. His intentions were gallant; it seemed to him a more than generous offer to a woman who was clearly over eighteen and still unmarried.

Carolin Emcke was born in 1967. She studied philosophy, politics and history in London, Frankfurt and at Harvard. From 1998 to 2013 she reported from war and crisis zones including Kosovo, Afghanistan, Pakistan, Iraq, Gaza and Haiti. She has written a number of books, and in 2016 she received the Peace Prize of the German Book Trade, which has also been won by Svetlana Alexievich, Orhan Pamuk and Susan Sontag. How We Desire is the first book by Carolin Emcke to be translated into English.