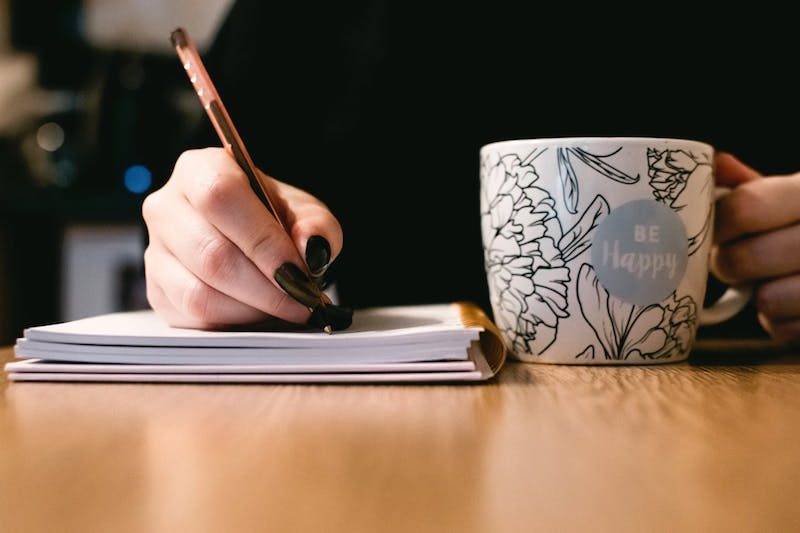 Chatting to a friend who works in publishing about what might be next for me in my life, she suggests that I write a book for middle-aged lesbians.

Instantly my mind starts looking over my shoulder, and I feel a fraud. I can certainly put my hand up for being middle-aged, (despite years of denial), but I do have trouble claiming a lesbian identity for myself. It’s not that I don’t want to be part of that community.

It’s just that, right now, I am more Sandra Dee on the outskirts of the Pink Ladies than worldly-wise and super-sexy Sandy. (Hmm… maybe I do still need to work at claiming my middle-aged identity if Sandy from Grease is my role-model?)

For a long time after leaving my straight life, I was the polar opposite of many people’s idea of a lesbian. I certainly wasn’t straight, as I was knee-tremblingly, heart-flippingly in love with a woman, but technically I had only ever had sex with men (and not all that many men either, truth be told!), and consequently I didn’t feel I could claim the title of lesbian.

I was simply a woman who loved a woman. Now that I have crossed that particular rubicon however, I reckon I might rightfully call myself a lesbian, but I am still not convinced that’s the moniker for me. I still feel fraudulent. Why is that? Is it because I think I should be describing myself as bisexual? Of course it has crossed my mind that perhaps bi would be a more accurate definition. But bi doesn’t feel right for me either. I think I was straight (even if just by default) for my earlier adult years, but I’m not any longer.

But I don’t think that makes me bi because, right now, I cannot imagine being attracted to men again. So using the bisexual label also feels like I am taking something that isn’t rightfully mine.

I have once labelled myself as bisexual however, when filling in a questionnaire as a volunteer at a homeless shelter! I mulled over the sexuality options for quite a while, before ticking bisexual instead of lesbian. In truth, neither felt truly accurate, but neither did straight! At the time I think bisexual felt easier to justify, if I was ever questioned. Which disappointingly I wasn’t, so I didn’t have the opportunity to debate the finer points of my sexuality with Kent County Council.

In the heady early days of uncovering this new, non-straight part of myself, I did all I could to gain my gay girl stripes, whilst chastely on the bench on the sidelines. I had some cramming to do. Soon I knew all the permutations of the relationships in The L Word (helped by Alice’s Chart), every month I religiously read every single word of my local lesbian magqazine, like a novice nun feverishly reading the Bible, and I watched all the sapphic films I could get my hands on.

This was easier back in the day of Love Film, when the discreet DVD envelopes appeared anonymously on my doormat, rather than now, when my unsuspecting kids can browse my viewing habits on Netflix!

I think of all the women who have struggled for many years to be accepted as lesbian or bisexual, suffered for the right to love women and to love them openly. All the women who have been cast out by family and friends, threatened and abused by strangers, ignored or condemned by the state, or even murdered … I’m not sure I have the right to jump in now and claim this title as mine too. I have done nothing for the cause.

My mind says that I have let others do the work and now that the road is clearer I suddenly have my foot down on the pedal, able to relax and enjoy the ride. I’m coasting in their slipstream.

I guess this is not a bad thing in itself… There is room for all of us in this world of lady-lovers after all, and the more the better, of course. I am indebted and full of gratitude to the lesbians and bisexual women who have campaigned and marched and fought for the right to claim who they are, to be out and proud, to pave the way for more girls and women to choose openly to love women and to do so confidently and without fear.

And I would like to think that, in some minute way, my own choosing to swim against the current of convention might one day make a difference to someone else too. Maybe my own choice to step outside my comfortable, conventional life might inspire someone else to have the courage to do something counter-cultural. To take a 180-degrees turn in direction and choose something different. Something scary.

These days I do feel more relaxed about my sexual identity. I am certainly not the straight woman my friends knew 10 years ago, so if they want to call me a lesbian, that’s fine by me. Although if I am totally honest, I think I would still wince describing myself as such to any of the long-standing lesbians I know. For a start, my mind says they would scoff at my Johnny-come-lately attitude.

And for myself, right now I don’t need a definition. I know, without a doubt, that I want only to be with a woman, and I am very happy to announce that publicly (although still not quite yet out to my kids – but I’m slowly getting there, I promise. It’s just a complicated situation). Whether that makes me a lesbian or not, I think time will tell.

After our conversation, my publishing/writer friend calls me back to say she’s decided to put a middle-aged same-sex relationship into her next wartime saga. I smile to myself at the thought that I may be an inspiration after all, in a different way! Even if I am to be transformed into a repressed 1940s housewife.