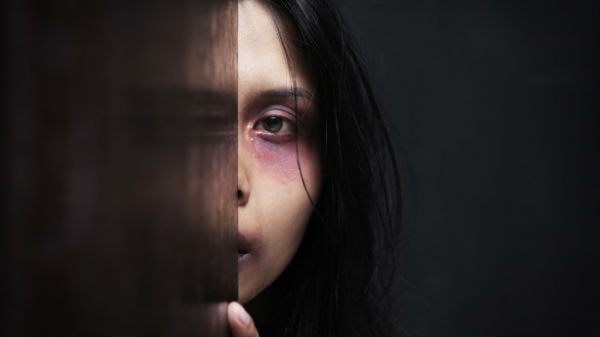 Does MSM Erase Lesbian Identity of Hate Crimes in Victims?

The bodies of an African-American lesbian couple were discovered by a delivery man behind a dumpster outside a convenience store in Port Bolivar, Texas on the morning of March 7.

Autopsies performed on the couple determined that Britney Cosby, 24, had been beaten to death–her neck was broken and she had numerous blows to the head, while Crystal Jackson, 24, had been shot once in the head, according to findings released by the Galveston County Medical Examiner on March 11.

The Houston couple had been together for two years and were raising Jackson’s five-year-old daughter and caring for Cosby’s wheelchair-bound 90-year-old great-grandmother, with whom the couple lived.

On March 12, Cosby’s father, James Cosby, 46, spoke at a vigil for the two women in Houston. He said he would miss his daughter’s “smile, her bubbliness, her spontaneity.”

But Britney Cosby’s mother, Loranda Remer, told reporters that the relationship between father and daughter was strained by her sexual orientation. According to Remer, James Cosby would tell his daughter, “Don’t throw that gay shit around in this house.”

The day after the vigil for Cosby and Jackson, police arrested James Cosby and he was held on a half million dollars bond. Police sources said the bedroom where the women slept at the house was “a bloodbath,” there was evidence of attempts to clean the blood up and that James Cosby was unable to explain how his fingerprints and shoe prints were found at the site where the bodies were found or why a shutter matching those at the house was found with the bodies.

Britney Cosby’s 2006 Kia Sorrento has not been found, but police sources indicate it was used to transport the bodies.

The grisly crime is only the most recent to highlight the violence lesbians face in their daily lives. While Britney Cosby’s father is only alleged to have committed the murders, the fact that they were committed in the home, the crime scene roughly cleaned up and the bodies transported elsewhere where James Cosby was seen on security video certainly implicates him in the killings. His issues with his daughter’s lesbianism is another, obvious clue.

But James Cosby isn’t the only one who had problems with the young women’s lesbianism. Most of the initial reports of the couple’s murders referred to the women as “friends” rather than partners or a couple, even though their relationship was of long-standing and well-known.

Murders of lesbians aren’t rare, but the sexual orientation of the victims is often elided from news reports, making it harder to catalogue the extent of the violence against lesbians and also negating any chance of prosecuting these crimes as the hate crimes they are. Since crimes against LGBT people are often directly linked to the homophobia/transphobia of the perpetrators,  knowing the sexual orientation of a victim is paramount to appropriate prosecution.

Hate crimes against LGBT people have been rising steadily each year according to FBI statistics and now account for one in five of all hate crimes. Unlike hate crimes against other groups, however, the FBI reports nearly three-quarters of all hate crimes reported against LGBT people are violent. The most recent statistics for last year, for example, indicate that only one murder and one forcible rape were attributed to racial bias while five murders and six rapes were connected to hate crimes based on sexual orientation.

In addition to the Cosby/Jackson murders, recent violent attacks in Texas alone include the June 25, 2012 shooting of another lesbian couple.  Mollie Olgin, 19, and her girlfriend, Kristene Chapa, 18, were shot in a Portland, Texas park after a Pride celebration. Olgin died at the scene, Chapa was left brain damaged.

On March 1, 2013, Sondra Scarber spoke to another parent about her partner’s son being bullied by his child at the Seabourn Elementary School playground in Mesquite, Texas. The man then beat Scarber unconscious when he realized she was a lesbian. Scarber endured two surgeries and her jaw was wired shut for a month.

Whether or not James Cosby will be charged with hate crimes against his daughter and her partner remains to be seen. Already known, however, is that despite violence against lesbians being on the rise, mainstream media is still slow to respond and slower still to call it what it is: hate crime. Whether it’s the father of the victim or a random stranger, the facts remain the same: lesbians offend some men to the point where they want them dead. Prosecuting using hate crimes’ statutes and presenting these heinous acts as hate crimes in the media are ways to draw attention to just how dangerous homophobia can be. What begins as homophobic slurs may turn violent. Ignoring that very real threat will no doubt result in more lesbian lives lost.