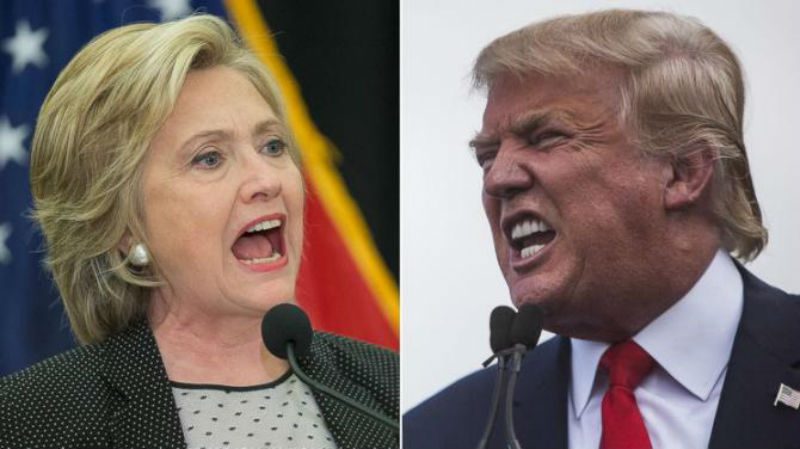 The 2016 election isn’t like any other election I have ever covered. Most journalists agree. None of the usual rules apply. We have the first female nominee of a major party, former Secretary of State Hillary Clinton (only five presidents were previously Secretary of State, the most recent being Martin Van Buren in 1837). The Republican nominee, Donald Trump, has never run for nor held public office. The last president who hadn’t was WWII hero, Gen. Dwight Eisenhower, elected in 1953.

For a year most politics reporters and pundits insisted Trump could never become the nominee. But in part because of a convoluted primary system in the Republican party with winner-take-all states as well as lots of free TV air time courtesy of a somewhat starstruck media, Trump exceeded expectations and is indeed the nominee.

Trump is also the most outrageous candidate to run for president since Alabama Gov. and segregationist George Wallace ran unsuccessfully in 1964, 1968, 1972 and 1976. He was the victim of an attempted assassination in 1972, which left him paralyzed.

Trump has a lot in common with Wallace, and it’s not just the supporters unfurling Confederate flags at his rallies.

Trump’s racism and xenophobia have driven many Republicans toward Clinton—or at least away from Trump. His misogyny is well-documented But what disturbs most rational potential voters are Trump’s wild assertions. Republican National Committee chair Reince Priebus has repeatedly stated that Trump was “pivoting more presidential” but that has yet to happen.

And the man Trump has chosen to guide his pivot—Steve Bannon—is one of the most polarizing figures in journalism. Which is probably why Trump chose him. Trump’s latest attempt this week at such a pivot proves—after a disastrous week last week—that he really has no intention of changing. He is, as Hillary Clinton said at a rally on Aug. 17, who we see. And his latest choices to re-vamp his flagging campaign are alarming indeed.

On August 8 Americans were informed that Republican Party presidential candidate Donald Trump was re-booting his foundering campaign after weeks of attacks on a Gold Star family which had caused even his supporters pause.

On August 9 Trump suggested at a rally that “Second Amendment people” might “do something” about his opponent, Democratic nominee Hillary Clinton once she was elected. The implication was clear–as was presumed by many news organizations, Clinton’s campaign and members of Congress—Trump was suggesting Clinton be assassinated.

The next day, while controversy swirled over his assassination comments, Trump called President Obama the “founder of ISIS” and Clinton “the ISIS MVP.”

At a Florida rally Trump said, ” I call President Obama and Hillary Clinton the founders of ISIS. They are the founders.” (ISIS was formed in 2000—well before Obama was president or Clinton Secretary of State.)

Even conservative talk show host Hugh Hewitt seemed stunned by Trump’s remarks and in an interview pressed him repeatedly, noting that Obama was fighting ISIS. But as is his wont, Trump doubled down. 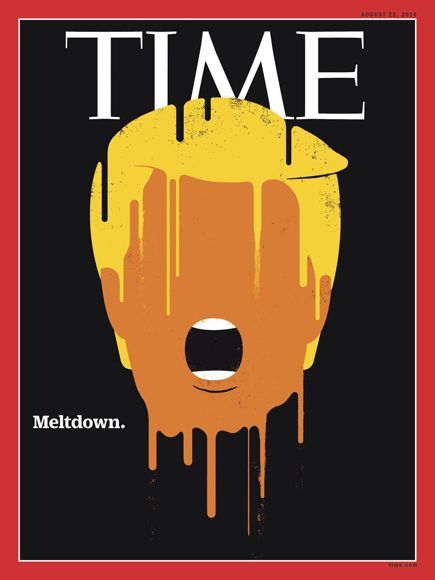 Yet despite the polling, Trump asserted at the PA rally that if he lost the state it would be because Clinton and voters cheated.

This was not the first time Trump had proffered the idea of a “rigged” election, but it was the most dramatic. Trump has been using various tactics to de-legitimize the election and especially the idea of Clinton winning—even though the most recent polling on Aug. 15 put her ahead nationally by nine points and ahead in key states—including those usually considered “red”—by even greater margins.

Trump said, “We’re going to watch Pennsylvania. Go down to certain areas and watch and study and make sure other people don’t come in and vote five times,” he said at a rally in Altoona. “If you do that, we’re not going to lose. The only way we can lose, in my opinion–I really mean this, Pennsylvania–is if cheating goes on.” Trump also said people needed to “watch very closely” and the campaign called for supporters to volunteer to be Trump election observers on the website.

“Help me stop crooked Hillary from rigging this election,” the site reads. At the rally Trump said GOP leaders in Pennsylvania “are very concerned” about the possibility of cheating. “We have to call up law enforcement, and we have to have the sheriffs and the police chiefs and everybody watching.”

Yet it’s the GOP that has pushed voter ID laws and vitiated the Voting Rights Act making it more difficult for voters of color and older women voters to access the polls.

On Saturday an article about Trump’s meltdowns appeared in the New York Times and that inspired a tweetstorm from Trump early Sunday morning, decrying the media in general and the NYT in particular.

Watching Trump tantrum over the non-stop hyper-focus media coverage that won him the nomination is hard to fathom…pic.twitter.com/HshOWJF5Pp

Sunday night, the New York Times released an exhaustive investigative story linking Trump’s latest campaign chairman, Paul Manafort, to ties to Russia and the Ukraine and $12.7 million in payments for work he did for a rival of Russian President Vladimir Putin and possibly Putin himself, who was recently linked to the computer hack of the Democratic National Committee.

Monday Trump gave a mostly scripted speech in which he called for “extreme vetting” of refugees fleeing to the U.S.

So much for the pivot.

Late Tuesday night, Trump shook up his staff pushing Manafort to the side (anyone else would have fired Manafort, but then Trump didn’t fire his first campaign manager, Corey Lewandowski after he was accused of assaulting a female reporter, Michelle Fields). Trump moved adviser Kellyanne Conway, a former pollster for Sen. Ted Cruz and a well-known conservative commentator, into the campaign manager slot, even though she has never run a presidential campaign.

Conway is the first woman to run a Republican presidential campaign.

But it is Steve Bannon who is the concern for anyone who knows the history of the conservative website, Breitbart, he runs. 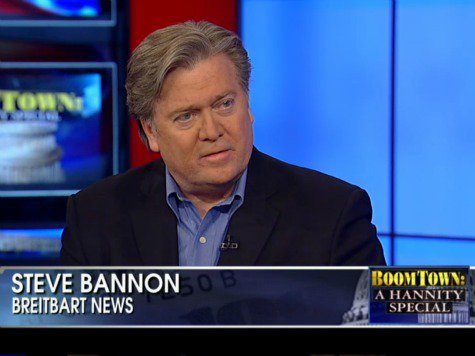 Breitbart is a morass of right wing extremism. Deeply misogynist, blatantly racist, anti-Semitic and Islamophobic, Breitbart is best known recently for pushing the theory that Hillary Clinton is seriously ill (she’s quite obviously not). But Bannon has been pushing a range of agendas, including that the Republican establishment must go. In May, Breitbart called National Review editor Bill Kristol a “Republican spoiler and renegade Jew” in a blazing headline for his anti-Trump commentary. Breitbart never apologized and Twitter was ablaze for several weeks with Jewish reporters calling themselves “renegade Jews” in solidarity—even though Kristol’s smug William F. Buckley-style conservativism has hardly won him friends over the years.

Breitbart is also the creator of Milo Yiannopoulos—a proto-fascist Alt Right poster boy and pundit who is young (32), pretty, a self-loathing gay and one of the most blatant misogynists to ever cross the Internet. Milo called himself a critic of feminism, political correctness and “the regressive left.”

His anti-woman (and anti-lesbian) screeds have been so extreme they’ve gotten his Twitter verification stripped, which is rare. And when he went after black Saturday Night Live comedian and co-star of Ghostbusters, Leslie Jones, he was permanently banned from Twitter, which requires a level of abuse hard to fathom.

But he has not been banned from Breitbart. Because Milo—he rarely uses his last name—is the voice of Steve Bannon in many white nationalist extreme right ways. In a fundraising email on August 18, Clinton’s campaign wrote:

“Donald Trump just promoted one of the most dangerous right-wing fringe attack artists out there to be the chief executive of his campaign: Steve Bannon, the executive chairman of Breitbart News.This move makes it clear that Trump’s strategy going into the final weeks of the election will be not just to attack Hillary all day, every day, but to attack the very idea of the America we believe in. The idea that we ought to treat each other with decency rather than hatred. The idea that immigrants, and Muslims, and LGBT people, and everyone has a place in our country and deserves better than to be denigrated by their president. The idea that politics should be based on facts rather than discredited conspiracy theories. That’s all up for grabs now.”

On Aug. 16 Trump, who is polling at one percent among black voters, was in Wisconsin asserting “I want the votes of all African Americans.” Trump also accused Clinton, who has been engaged in anti-racist work since college and is endorsed by not just President and Mrs. Obama, but myriad black leaders, as pandering to black voters. (Clinton’s speech in Philadelphia to an audience of thousands of black women and men at the AME conference was considered one of the most important speeches on race in years. Trump says Clinton panders to Black Lives Matter activists and puts the lives of police at risk–a confused message from Trump if he’s trying to seek the black vote.)

For all his talk, in Wisconsin Trump was speaking to an all-white audience and failed to go to racially charged Milwaukee, which has been coping with yet another killing of a young black man by a police officer.

SPLC notes “The Alt-Right is a loose set of far-right ideologies at the core of which is a belief that “white identity” is under attack through policies prioritizing multiculturalism, political correctness and social justice and must be preserved, usually through white-identified online communities and physical ethno-states.”

I refer to the Alt Right as the hipster version of white supremacy. Milo is a poster boy, Bannon is—as CEO of Breitbart–a mentor.

White nationalism has been the undercurrent of the 2016 election. It’s been most obvious in the Trump campaign and rallies, but the focus on white men throughout the election has made white men a pivot.

As with the Brexit vote in the U.K., xenophobia has been a driver. Trump began his campaign last year with his statements about the need for a border wall with Mexico and saying Mexican immigrants were rapists and murderers.

Breitbart–and Bannon–agree. These are memes one can find regularly on the Breitbart site.

While Milo was writing pieces for Breitbart like “Attack of the Killer Dykes,” pushing the idea that lesbians have more domestic violence than any other group when in fact they have the least, SPLC notes this about Bannon’s baby: “Since 2015, Breitbart began publishing more overtly racist diatribes about Muslims and immigrants. In May 2015, Breitbart published an article defending Pamela Geller for hosting a “Draw Mohammed Cartoon Contest” in Garland, Texas, a tactic viewed by many as act to incite and anger American Muslims. Two armed men with links to ISIS targeted the event and killed by police as they attempted to storm the venue.

Which values?
Who decides the values?
Was no one taught about the Final Solution?
Hitler started like this, y’know.pic.twitter.com/EpXkgC5gmb

A Breitbart article, written six days after the contest, was titled, “6 Reasons Pamela Geller’s Cartoon Contest is No Different from Selma.” The article came complete with a picture of Geller alongside a photo of the late Martin Luther King Jr., as if to liken the notorious Muslim-basher with the great civil rights leader.”

Clinton campaign manager Robby Mook told reporters on Aug. 17, “Donald Trump has decided to double down on his most small, nasty, and divisive instincts by turning his campaign over to someone who is best known for running a so-called news site that peddles divisive, at times, racist, anti-Muslim, anti-Semitic, conspiracy theories.”

President Obama said Trump is unqualified to be president. Clinton has said the same. So have high-ranking members of the military. What those of us who are female or LGBTQ or non-white need to know is that Trump is not our friend. But he is the friend of white nationalism and the Alt Right movement.

At the very least that should give us pause. But more importantly, it should scare us to the polls in November to protect ourselves and America from the place Trump would turn our country into.