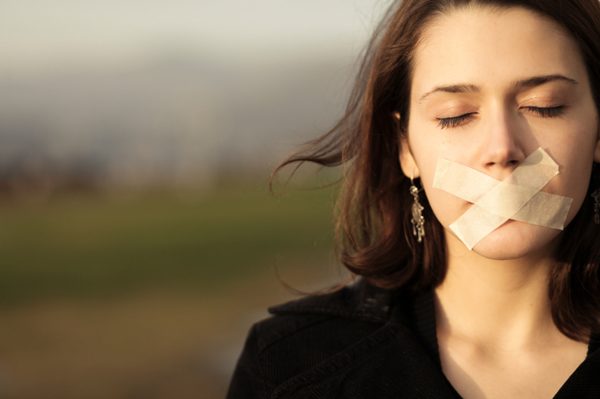 In the final part of the social issues series Victoria A. Brownworth asks: Why are lesbians falling below the poverty line in such alarming numbers?

In the final part of the social issues series Victoria A. Brownworth asks: Why are lesbians falling below the poverty line in such alarming numbers?

Amy Nelson doesn’t have enough money to pay this month’s rent and her health insurance, but she’s a diabetic so the choice is obvious.

She says she can’t take the stress of making these choices much longer.

Nelson was laid off nearly a year ago from her job as a graphic designer and has been on unemployment ever since, supplementing the payments with freelance work. At 28, she has a bachelor of fine arts degree and has taken courses toward her master’s, but Nelson notes that she is one of “a gazillion artists looking for work in a really sucky economy where there are zero options.”

“When I was in college, I worked as a waitress,” Nelson explains. “I thought when I was laid off that I could get a waitressing job until I found another design job.

But in this recession, that’s what everyone thinks. I keep hearing that things are better, but they aren’t for me and most of the people I know. My girlfriend is out of work.

My two best friends are out of work. My mother is sick and out of work. We are all officially poor, now. Not ‘we’re still in school’ poor but ‘grown-up, what the fuck are we going to do now’ poor.”

The recession has hit harder than many Americans realize. A Pew study released May 30 further expanded on what Nelson and millions of other Americans have experienced first-hand: Over half of all working age adults in the U.S. have experienced “work hardships,” either in the form of actual job loss, like Nelson, or pay cuts, involuntary reduction in hours or change in job status.

According to the Pew results, this recession is unlike others because the downturn has impacted so many people for such an extended period. Nearly one-third of all Americans–32 percent–have been unemployed at one time or another during the recession.

Hunger or “food insufficiency” is a steadily growing problem, “We go to the food bank every week,” Nelson explains. “You cannot imagine the level of embarrassment that goes with that.

I mean we went to college, we had good jobs. We’re young. We should be able to climb out of this and we can’t. I’m afraid we’ll be stuck like this forever.”

The recession has meant more people are living on the edge financially and for women, that means poverty looms. For lesbians who are already marginalized by society, that edge is exceedingly sharp and disallows for anything to go wrong.

Lesbians often have few support systems, or, like Nelson, their supports aren’t a buffer because those people too are experiencing the same dire circumstances.

It wasn’t the recession, but a rare degenerative eye disease that made Deborah Peifer, who lives just outside San Francisco, unemployed and poor. Now legally blind, she’s on disability in what is supposed to be the best state in the nation in which to be either disabled or poor. But the recession has hit California hard, and the state has legislated against the poor first, the rich last.

“If you are a Californian,” Peifer explains, “and you buy a yacht out of state, you can bring it back home and not pay a penny of sales tax. Medi-Cal [the California version of Medicaid] is being stripped not just to the bone, but to the marrow, but the yacht buyers’ wallets are protected.

When I broke a tooth a while back, I called my case worker, and she explained that Medi-Cal will only pay for extraction, even when the tooth is repairable. It didn’t matter though, because only two dentists in the entire county accepted Medi-Cal, and she recommended against both of them because of all the complaints.”

The sales tax on one yacht would have paid not just for Peifer’s tooth to be repaired, but for more than 100 other poor lesbians to have their teeth repaired.

The choices lesbians living in poverty are forced to make are often, as in Peifer’s case, literally painful. Nelson has had diabetes since childhood. She has to have health insurance to pay for doctor’s visits, insulin and other checks on her health.

But with a monthly income of just over $1,000 from unemployment, she may meet the standard for poverty, but in her case she still has too much income to qualify for Medicaid in Pennsylvania. So like many lesbians in poverty, she has to choose between rent and health care, health care and food, food and clothing, clothing and utilities.

Statistics on women and poverty are startling.tOver half of the nearly 40 million Americans living in poverty are women. After having fallen almost every year from the 1960s through the 1990s, the poverty rate has risen steadily since 2000 and is now just under 14 percent of the population, according to both the U.S. Census and the Department of Health and Human Services.

The federal poverty threshold is $10,830 for an individual under 65. That does not include public housing allotments, Medicaid or food stamps. That is less than $1,000 a month. For everything.

How many of those single women are lesbians?

Since the U.S. Census refuses to track lesbians and gay men as either gender subsets or minorities, lesbian poverty can’t be charted the same way the poverty of other minority groups is charted. Lesbian poverty is recorded either anecdotally or extrapolated from the stats on women.

Those stats are disturbing. More women than men are poor in all racial subsets.In 2007, 13.8 percent of females were poor compared to 11.1 percent of men.

But why are all women poorer than all men?

In developing countries women are most likely to be poor because of their social and class status–or lack thereof are most likely to be illiterate, which is the leading precursor to poverty, according to the U.N. Status Report on Women. Lack of education means to low-paying jobs or no jobs at all.

In the U.S. where the majority of American women are at least functionally literate and the ratio of women to men in college is nearly 50-50,  the root of female poverty might seem more nuanced and yet the statistics all point to gender discrimination as the root of female poverty. Factor in the impact of homophobia for lesbians, and lesbians are more likely to be poor even than their heterosexual peers.

According to the Center for American Progress, women are “segregated into low-paying jobs” like teaching, social work, nursing, child care, cleaning and waitressing–the so-called “pink collar” jobs. According to the DHHS, more than half of all working women in the U.S. work in these specific jobs, the median income for which is just over $27,000.

But even in jobs that require college degrees, women are less likely to be paid equitably. The federal government statistics on what women are paid put women’s work–all full-time work–at 77 percent of what men make.

Other factors for lesbians in poverty include the number of young lesbians forced out of their families of origin. These young women start out at an economic disadvantage that may never be bridged. Homelessness impacts queers under 25 at a rate nearly ten times that of their heterosexual peers.

Lesbian activist Jeanne Cordova notes that butch lesbians have more difficulty finding jobs because of their looks, and thus are also more likely to fall into poverty. In her award-winning book Stone Butch Blues, writer Leslie Feinberg, who experienced such discrimination herself, charted the difficulties this presents for many butch lesbians.

Peifer, who spent years as a theater and book critic before her blindness made the work impossible, articulates how oppressive poverty can be. “Being poor means you can never make a mistake,” she explains.

“You can’t try a new brand of shoes, because if it turns out they hurt, you still have to wear them no matter the discomfort. You are at the mercy of every person who is happy to help, but only on his or her terms, and somehow what they decide you need is never what you actually do need.”

Some lesbians feel the media image promoted by celebrity-driven stories of wealthy actors and entertainers gives the impression that all queers–lesbians included–are rich, like Melissa Etheridge, Ellen Degeneres and Rosie O’Donnell.

A study by the Williams Institute at UCLA in May 2009 of queer couples showed that being coupled did not improve the standard of living for lesbians. Lee Badgett, an economist at the University of Massachusetts who co-authored the study, used data from the 2002 federal National Survey of Family Growth and the 2003 and 2005 California Health Interview surveys.

She wrote that just acknowledging that lesbian couples struggle with poverty was itself a finding that needed to be addressed and that the findings show that lesbians and gay men as a wealthy elite is indeed a fallacy.

All the statistics add up to one clear picture: There are myriad obstacles for women/lesbians in getting out of poverty. Economic security is dependent on laws against discrimination being enforced, like the Equal Pay Act and the Lily Ledbetter Fair Pay Act.

Homophobia in the workplace and in housing must be addressed if lesbians are to be protected and given some measure of economic security. Federal and local statutes for the poverty threshold must be increased to relate more reasonably with the increases in the standard of living.

“No one wants to be poor,” Nelson says, stating what seems obvious. “But being poor makes you hidden. It’s a whole other closet we have to climb out of.”