It’s difficult to imagine a worse statement of unity than his choice to lead his administration in January: Steve Bannon.

I wrote about Bannon back in August. I detailed what kind of signal it sent for Trump to choose him – an unabashed white nationalist, vituperative misogynist, blatant homophobe and known anti-Semite. But the majority of the media was silent – particularly the mainstream media which was instead busily searching for some new way to blow up Hillary Clinton’s increasingly insurmountable lead in the polls.

It was time to shake things up. Again. For the second time in as many months, Trump was searching for a new campaign CEO. Longtime campaign manager Corey Lewandowski had been let go after he assaulted a Breitbart news reporter, Michelle Fields. His replacement, Paul Manafort, had been under scrutiny for his ties to Russia, Vladimir Putin and a whole lot of money.

There is no clearer statement that Trump is the same man who called Mexicans rapists and drug dealers, Muslims terrorists, women pigs, slobs and dogs, POWs and veterans with PTSD cowards and mocked a disabled reporter than bringing Bannon out of the shadows and immediately putting him in a top position in his administration.

The voice of the alt-right white nationalist movement in America for several years, Steve Bannon was Trump’s first pick for his new administration, along with RNC chair Reince Priebus for his chief of staff. Bannon will have the coveted and incredibly powerful position of chief strategist and senior counselor. He will be framing every Trump decision. He will be a voice of the new Trump presidency.

And what a voice it is.

While Clinton supporters and other Democrats were decrying Trump’s choice of Bannon and President Obama said it would be inappropriate for him to comment on any of the president-elect’s choices, David Duke, the Ku Klux Klan and white nationalists were applauding the appointment.

People praising Trump’s selection of Steve Bannon as Chief Strategist to the President:

“President-elect Trump’s choice of Steve Bannon as his top aide signals that white supremacists will be represented at the highest levels in Trump’s White House,” Adam Jentleson, a spokesman for Senate Minority Leader Harry M. Reid (D-NV), said in a statement. “It is easy to see why the KKK views Trump as their champion when Trump appoints one of the foremost peddlers of White Supremacist themes and rhetoric as his top aide. Bannon was ‘the main driver behind Breitbart becoming a white ethno-nationalist propaganda mill,’ according to the Southern Poverty Law Center.”

Rep. Keith Ellison (D-MN), who is the favorite to become the new chair of the Democratic National Committee, released a statement as well:

Statements were also issued from the Anti-Defamation League, the NAACP and congressional Democrats. Some Republican Trump critics such as Weekly Standard editor Bill Kristol, who tweeted, “Is there precedent for such a disreputable & unstable extremist in [White House] senior ranks before Bannon?”

Trump’s campaign manager, Kellyanne Conway, was effusive about Bannon, telling reporters that Bannon has a Harvard business degree, is a former Goldman Sachs investment banker and has been involved in the entertainment business.

“He’s been the general of this campaign,” Conway told reporters. She also referred to Bannon, who is also a former naval officer, as a “brilliant tactician.”

Conway, who is credited with taking away Trump’s Twitter access in the final days of the campaign and keeping him on message, said people would be surprised by Bannon.

NPR played some audio tapes of Bannon on their news programming Nov. 14. Bannon has been hyper-focused on feminism and lesbians for the past few years, targeting both as dangerous to “real” women. In the NPR segment, Bannon said, “That’s one of the unintended consequences of the women’s liberation movement––that, in fact, the women that would lead this country would be feminine, they would be pro-family, they would have husbands, they would love their children. They wouldn’t be a bunch of dykes that came from the [all female colleges] Seven Sisters schools.”

Hillary Clinton (and my own mother) was a graduate of Wellesley, a Seven Sisters college.

Bannon was appointed executive chairman of Breitbart News Network after owner Andrew Breitbart dropped dead suddenly in the street from a heart attack in 2012. Ben Shapiro, former Breitbart editor-at-large and a conservative talk show host, asserts Bannon is awful and has written extensively about his former employer.

I have written about #SteveBannon, now Trump’s chief strategist. I & others have been targeted in pieces like this.pic.twitter.com/CKtfFWiThv

“[Bannon] is a vindictive, nasty figure, infamous for verbally abusing supposed friends and threatening enemies,” Shapiro wrote. “He will attempt to ruin anyone who impedes his unending ambition, and he will use anyone bigger than he is – for example, Donald Trump – to get where he wants to go.”

The New York Daily News reported in August that Bannon, who recently referred to Weekly Standard editor Bill Kristol as a “renegade Jew” in a Breitbart headline, had made anti-Semitic statements. Kristol tweeted, “Is there precedent for such a disreputable & unstable extremist in [White House] senior ranks before Bannon?” In court documents, Bannon’s ex-wife Mary Louise Piccard said Bannon didn’t want their twin daughters attending the Archer School for Girls in Los Angeles because many Jewish students were enrolled at the elite institution. “The biggest problem he had with Archer is the number of Jews that attend,” Piccard said in her statement signed on June 27, 2007. In the same statement Piccard said Bannon had choked her.

“(Bannon) became physical with me and grabbed me by the throat and arm,” she said in her sworn statement. She also said that when she ran from him he called her a “crazy f***ing c*nt” and chased her.

The alt-right has no qualms about Bannon’s appointment and tweeted out congratulations and high-fives after Trump’s announcement.

On Twitter, Richard Spencer, president of the white-nationalist National Policy Institute, said that Bannon’s placement as “strategist” is “the best possible position” for Bannon in Trump’s White House. “Bannon will answer directly to Trump and focus on the big picture, and not get lost in the weeds. He’ll be freed up to chart Trump’s macro trajectory,” Spencer wrote, adding, “The question is: Which way is the arrow pointing? It’s pointing towards the #AltRight!”

Former Ku Klux Klan leader David Duke told CNN’s KFile. “I think that’s excellent. I think that anyone that helps complete the program and the policies that President-elect Trump has developed during the campaign is a very good thing, obviously. So it’s good to see that he’s sticking to the issues and the ideas that he proposed as a candidate. Now he’s president-elect and he’s sticking to it and he’s reaffirming those issues.”

Two voices many may have wanted strong messages from were Speaker of the House Paul Ryan and Vermont senator and former presidential contender Bernie Sanders.

Sanders delivered a tweet that underscored why he lost the primary in an historic landslide in May – far too weak a response to the kind of rhetoric Bannon represents. Sanders isn’t restrained the way President Obama and Hillary Clinton are by the need to present a united leadership front.

Steve Bannon’s appointment should make us very nervous. We’re going to tell him and Trump that we will stand together and not be divided up.

Speaker Ryan was far worse, telling people to calm down and cease the hyperbole in a radio interview.

Trump’s announcement of Bannon’s placement was a bolstering of his own words in the 60 Minutes interview. Trump told Stahl that he would be deporting 3 million undocumented immigrants “immediately” after his inauguration.

Immigration is a particular issue for the alt-right and has been a focal point of Breitbart for years under Bannon. Trump recently added the Muslim ban to his website after removing it for several months.

Bannon’s white nationalism has been the focus of anger over Trump’s appointment, but Bannon was best known for his attacks on feminists – especially lesbians.

The Southern Poverty Law Center, a hate-watch group, cited Bannon’s Breitbart headlines as indicative of his racism. The Washington Post noted Breitbart’s “call to hoist the Confederate flag weeks after shootings at a black Charleston, S.C., church and another that said that political correctness ‘protects Muslim rape culture.’” 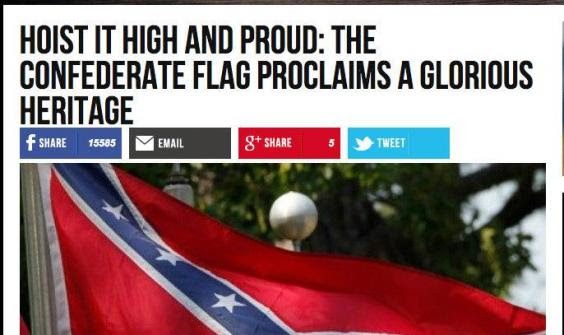 Bannon has also made documentaries for Gov. Sarah Palin and Rep. Michele Bachmann, equated Planned Parenthood with the Holocaust, said “birth control makes women unattractive and crazy,” said women who feel they’ve been attacked online should just “log off” and said in a radio interview in 2011 that progressives don’t like conservative women because they aren’t “dykes.”

That did not get him banned from Breitbart, nor did Bannon object. Yiannopoulos, who is gay, has written numerous anti-lesbian articles for the site, including a piece in September in which he declared the reason hate crimes statistics against lesbians were so high was because the alleged victims were faking it. (During the 60 Minutes interview, Donald Trump Jr. suggested recent attacks against Muslims since his father’s election were also faked.)

Last year Yiannopoulos alleged that lesbians had the highest incidence of domestic violence of all couples in an article titled “Attack of the Killer Lesbians!” Another article “Lesbian Bridezillas Bully Bridal Shop Owner Over Religious Beliefs,” took the side of shop owners refusing to serve a lesbian couple.

Yet another Bannon headline screams “there’s no hiring bias for women in tech – they just suck in interviews.”

Bannon’s and his protégé’s perspective on women mirrors Trump’s: There is a place for women and unlike what was presented by Hillary Clinton, their perspective is vintage 1950. Bannon’s content on the Breitbart site is anti-feminist in the extreme. Any statement from women about harassment is met with misogyny: “Women are — and you won’t hear this anywhere else — screwing up the internet for men by invading every space we have online and ruining it with attention-seeking and a needy, demanding, touchy-feely form of modern feminism that quickly comes into conflict with men’s natural tendency to be boisterous, confrontational and delightfully autistic.”

Anger with feminism is a recurring theme: “Feminism never brings men and women together in equality. it drives the sexes apart through acrimony, constant suspicion and antagonism like ‘teach men not to rape’ and illogical generalities and conspiracy theories like the ‘patriarchy’.”

Patriarchy is a “conspiracy theory.”

Bannon isn’t likely to care what the outcry is over his appointment. He shares President-elect Trump’s view that there’s no space or time for “political correctness” in our society and considers progressivism a form of victimhood. Of progressives Bannon asserts, “They’re either a victim of race. They’re victim of their sexual preference. They’re a victim of gender. All about victimhood and the United States is the great oppressor, not the great liberator.” 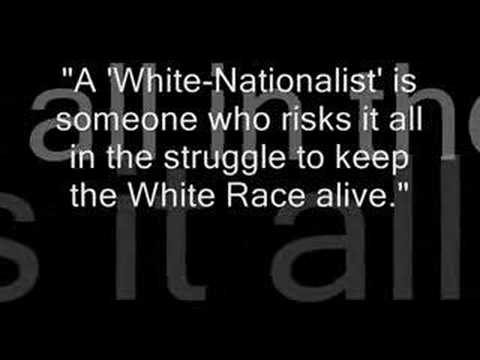 Trump and his transition team ignored the outcry over Bannon. But after a weekend of attacks on black students at the Ivy League University of Pennsylvania in Philadelphia, against Latino and Muslim students in several high schools and against gays and lesbians in various cities, the choice is more than troubling – it’s a warning of what’s to come.

Trump isn’t even in the White House yet. But he’s making a bold statement with the appointment of Bannon. Bannon is the auteur of “let Trump be Trump.”

This is Trump being Trump. And the first four years haven’t even started.