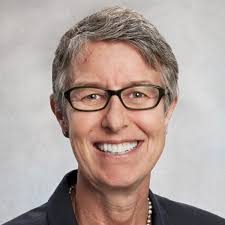 Marriage Equality in Massachusetts hit its 10 year mark on May 17th.

With this 10th Anniversary I’m proud of the indefatigable energy and genius that made it possible.

But, I didn’t always feel that way.

And my opinions, and those of LGBTQ communities of color nationwide, were expressed weekly in my column The Religion Thang, for the now defunct Boston-based LGBTQ paper InNewsweekly.

In February, 2005 I was reporting that tensions here in Massachusetts were growing and, once again, there was a color line. The issue was marriage equality for same-sex couples. With the state legislature about to rev up again to debate the issue, and with very little time for white queer religious and political machines to colorize what had been since its inception, a white movement, voices from African-American queer organizations and communities of color were speaking up about our absence from the conversation.

To the surprise of white LGBTQ organizations, both the African-American LGBTQ and straight community had much to say about the white queer political machine’s appropriation of the language of the black civil rights movement. Done without participation by people of color.

How the marriage debate should have been framed had not been given considerable concern. Communicating in a way that spoke truth to various LGBTQ communities of color and classes was not even considered.

The same-sex marriage debate had brought much consternation and polarization between black and white LGBTQ communities. Much of the finger pointing of the genesis of the ill-framed discussion was aimed at GLAD.

Viewed by some as a lily-white organization, many people of color felt that GLAD replicated much of the same race and class divisions present in our federal judicial system.

While the marriage debate was strategically framed as an upper-to middle-class LGBTQ family issue, people of color felt that the “strategy won in court, but not in the court of public opinion, Dorchester African-American lesbian activist Jacquie Bishop told me.

In criticizing GLAD for its approach, Boston local African-American lesbian scholar Dr. Marilyn Monteiro wrote to me in an e-mail: “I’ve told GLAD this as well—asking me for money to assist them in ‘their’ struggle; expropriating (and therefore exploiting blacks in particular) the civil rights movement rhetoric; strategies in their interests while still excluding us from leadership positions other than token appointments. Please! It certainly is this way in Beantown, for sure. GLAD asked me to evaluate their web pages. I did. Do you think there have been any changes of the kind I suggested? Hell, no!”

A board member of a statewide gay organization, who did not want to be identified, wrote to me: “The board is interested in looking at its own white privilege as it seeks to work with the African-American religious community. We have realized that most of our communities of faith . . . are predominantly white communities. This concerns us. . . We [have] voted to begin a process of understanding white privilege and the ways in which we can seem to be anti-racist.”

While many of us LGBTQ African Americans  embraced those offers to be inclusive, others felt that the white queer community was coming a day late and a dollar short. And any effort appeared as disingenuous.

I have been asked by several white activists if it were too late  in trying to get black LGBTQ people more ensconced in this movement. And I have been told by many African-American LGBTQ people that because of our exclusion in the struggle, they were tired of the fight and now suffering from “marriage fatigue.”

But the tables turned in April of that same year when Lee Swislow, Executive Director of GLAD, came to the annual Bayard Rustin Community Breakfast. When GLAD reached out to communities of color, inviting a dialogue for an inclusive re-framing of the marriage debate, the collective anger and frustration that LGBTQ communities of color collective felt toward the organization began to dissipate.

Because of GLAD’s outreach to communities of color more and more lesbian, gay, bisexual, transgender, and queer people are marrying. Their efforts generated discussions among us and in our communities in the context of our families and lives that matters.

And an idea that was once thought of as an anathema to black queer identity, marriage, in our LGBTQ communities, is being celebrated and on the rise. And many of us are now proudly walking down the aisle to tie the knot.

If we had lost this battle, we would have missed a historic opportunity to effect chance, not only here in the Bay State but across the country. Let us also remember that the whole world was watching us.

Finally, united we stood as a prophetic movement, because divided we had fallen as a petty people.