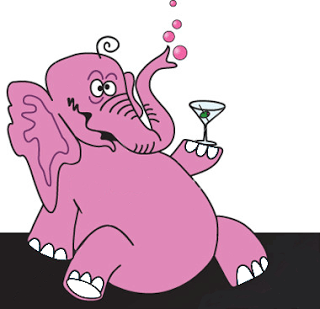 It’s the holiday season! A time to embrace loved ones, be merry and celebrate! And whether it’s Thanksgiving, Christmas, Hanukkah or New Year’s Eve, alcohol is everywhere.

For those out there that can handle their booze and put the drink down when they know they’ve had enough I say “Hear! Hear!”

Unfortunately, the problem is many people like me, can’t seem to do that and routinely have fallen flat on our faces only to be dragged off by friends at closing time, all while yelling in a drunken stupor, “I’m fiiinnnne!”

It strikes me that the problem of alcoholism and substance abuse is not going to improve unless we attempt to have relentless heartfelt conversations instead of ignoring it and hoping it will somehow magically disappear. It’s not at all surprising that the rates of alcoholism, substance abuse and dependence are much higher within the LGBTQ+ community vs the straight population.

Most studies suggest alcoholism is about 2-3 times higher for LGBTQ+ people or approximately 25% higher compared to an average of 11% for straight people.

There’s a reason why the rates of alcoholism and drug abuse are higher in the LGBTQ+ community and it’s one word: homophobia.

Let’s face it; to contemplate such a high variance in the statistics between the LGBTQ+ and straight population alcoholism and addiction rate, there’s one major glaring difference.

That difference, and this is just a wild guess on my part, is probably due to the fact that one group is in perfect alignment with this heteronormative culture and the other is handed a big bag of shitty homophobia and transphobia from birth. Now don’t get me wrong, all human beings have struggles that can also lead to alcoholism and addiction for a variety of reasons. But we’re talking about a significant statistical increase in addiction within the LGBTQ+ community.

Most LGBTQ+ people who have alcohol or drug problems have usually experienced some feeling of alienation or lack of acceptance by family, friends or society because of their sexual orientation and/or gender identity. I personally grew up closeted and it wasn’t until I entered college that I came out.

Before and even after coming out I still felt somehow slightly abnormal and like I didn’t belong. So I drank like a fish to try and fit in, find acceptance and drown my feelings of unworthiness. I’m also predisposed to being an addict/alcoholic, which certainly didn’t help, although alcoholism can also be a learned behavior.

So mix together the combination of pretending to be something I was not, a longing to fit in and belong, plus the genetic makeup of a full blown addict, then toss in a culture of ignorance and denial around addiction, alcoholism and homophobia, it’s not shocking that I ended up in rehab – said no one ever.

But here’s the thing — I’m clearly not alone. So many of my LGBTQ+ family have also suffered and for similar reasons. Times certainly have changed in the last 20+ years since I came out, but homophobia and transphobia are still very much alive whether it’s in the form of bullying, insults, queer jokes, or actual physical assaults.

It’s no wonder so many LGBTQ+ feel the need to closet or curb their sexual orientation or gender identity. And even if you are openly gay and out, most people on some level are affected by and/or not impervious to the homophobic world around us. Often self-hatred, depression, anxiety, stress and isolation will take root. So it seems natural that marginalized people in these situations would turn to alcohol and drugs to alleviate the pain.

A lesbian friend who has been in recovery for almost 9 years shared that she started drinking simply as a way to fit in. It made her feel good and indestructible. It was a way to numb her emotions. She used alcohol as a way to hide and mask any thoughts of being gay in this culture.

Another friend who identifies as a gay male, started drinking when he was 18 years old. He shared how shy he was and thought if he drank, he would be more outgoing and desirable. Because, as we all know, there is nothing more attractive than an 18 year old kid slurring his words and falling off his bar stool.

Another common problem is that even today, especially in more rural places, in order to find other LGBTQ+ people and socialize, many people turn to bars because they feel there’s nowhere else to go. Some of that has shifted over the years as people are becoming more aware of alcohol and drug problems.

Still however, all too often the clubs and bars are where people meet and hang out. And with the prevalence of alcohol — and drug culture we live in, the danger of addiction increases. The consequences of course are people spiraling even further into depression and self-hatred, the possibility of endangering others and themselves, engaging in risky sexual behavior and overall bad choices.

So what to do?

First and foremost, if you feel like you may have an alcohol or substance abuse problem, ask for help. It is 100% true that you have to be the one who save you. The good news is once you ask for help, you will find support, love and people who genuinely care.

Second, if you know someone who clearly has some sort of addiction problem, say something. I always thought how unbelievable it was that we are often more concerned about someone not ‘liking’ us or yelling if we call them out vs not saying anything, while they continue to destroy their lives.

It’s ok to speak the truth, especially when it’s coming from a place of authentic love and concern. There are also plenty of alcohol and drug dependency support groups.

Start looking for a community outside events or places where alcohol is present. Look for other LGBTQ+ activities or groups that don’t involve alcohol. What are your hobbies besides drinking and drugging? Sports, knitting, outdoorsy things, book clubs, meetups, volunteering?  Find something you like in the LGBTQ+ community and dive in!

Another friend who identifies as a lesbian recently celebrated her seventh year of sobriety.

When asked what she’s done to stay sober she said she makes a deliberate attempt to surround herself with positive, supportive, goal oriented, individuals. And she added people who will also call her out on my BS.

The last thing you need are people around you that look the other way or enable. If you live in a smaller community that is limited try attending your local alcoholics anonymous groups.

And don’t just attend, talk to people. Get to know them. Groups like AA usually are very social and host a variety of events such as game nights, hiking trips and potlucks.

Yes potlucks my fellow lesbians. I do understand if you’re used to going out and clubbing these activities can seem dull. But trust me, acting a fool due to drugs and alcohol, losing your job, your friends, your house and even possibly your life — is much worse.

One thing I do know from my own personal experience is there is no shame in asking for help. What’s shameful is living in a world where people desperately need help but are too embarrassed or afraid to simply ask for fear of being judged or appearing weak because of some bullshit external stigma society has about addiction.

Substance abuse and alcoholism is a beast that will take over physically and psychologically. And even though we live in a world full of discrimination, this disease doesn’t care. It won’t discriminate against sexual orientation, gender identity, sex, race, age or lifestyle.

So if you think you need help “just ask. The more we talk about the problem the less power it has. And the more we surround ourselves with queer positive people, both in the LGBTQ+ and straight ally population, the more the lies of homophobia and transphobia fade and we will become healthier individuals and a community overall.

I’m not for a minute suggesting recovery and battling addiction a quick and easy path. But the alternative is to continue ignoring the pink elephant in the room and our ignorance of how damaging addiction can be, especially for the LGBTQ+ community.