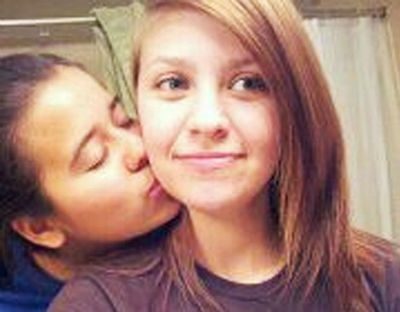 It was a horrific crime of extreme violence. Two young lesbians, Mary Kristene Chapa, 18 and Mollie Olgin, 19 were in Violet Andrews Park in Portland, Texas, a small suburb of Corpus Christi on a date on June 22, 2012. The couple had been seeing each other for several months and were, by Chapa’s account and Facebook posts from Olgin, deeply in love. There were a plethora of selfies of the two–Olgin blonde with an infectious smile, Chapa dark, with a shyly mischievous expression. They were an adorable couple.

Chapa and Olgin had been driving around that Friday night and Chapa said they had gone to the park because Olgin wanted to show Chapa where she’d been baptized. The park is an idyllic spot, with dunes and bluffs covered in grasses and wildflowers. The ten-acre park overlooking the pristine Corpus Christi Bay was developed for the preservation of native wildlife. It’s difficult to imagine a lovelier spot for a walk with one’s girlfriend.

Before they’d gone out that night, Olgin had posted on her Facebook page, “Date night with mah guuurl” with a heart beside it and an arrow pointing to “with Kristene Chapa.”

As Chapa remembers it, they weren’t at Violet Park very long when a man walked by. He doubled back–with a gun. He pushed the gun into Olgin’s side and forced the two young women down the bluff into a more secluded area. There he forced them to duct tape each other’s eyes and mouths, according to an arrest affidavit. The couple was then sexually assaulted and each was shot in the back of the head, the affidavit states.

Olgin and Chapa were left for dead, but were found the next morning by bird watchers. Olgin was pronounced dead at the scene. Chapa was taken to the hospital in critical condition.

It was June 23, 2012. All over America, lesbians were celebrating Pride. But now Mollie Olgin was dead and Chapa was fighting for her life.

Several days after the shooting, candlelight vigils were held in cities across the country, including San Francisco, Philadelphia and Boston. Chapa’s family kept a vigil at her bedside. Unable to speak, Chapa repeatedly wrote the word “Mollie”on a notepad, but her family feared telling her that her girlfriend had died, because of her fragile state. Even the doctors weren’t sure how Chapa had survived. A bullet fired from the same trajectory had killed Mollie 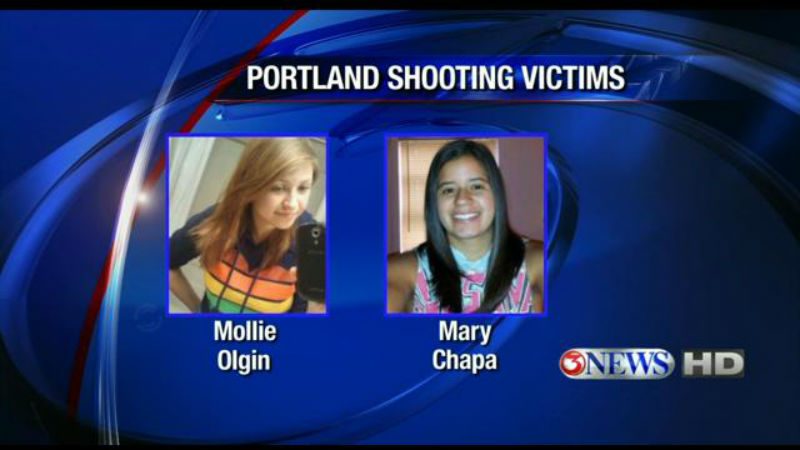 Chapa remained in critical condition for weeks. She sustained a stroke after part of her brain was removed in surgery and was paralyzed on her left side.

On June 20, 2014, nearly two years to the day of the shooting, David M. Strickland, 27, and his wife, Laura K. Strickland, 23, were arrested at their home outside San Antonio.

Strickland was charged with capital murder, aggravated assault with a deadly weapon, aggravated sexual assault and aggravated kidnapping charges. He has pleaded not guilty to the charges and said at his arraignment that he “wanted to get the truth out.”

If convicted of capital murder, Strickland faces an automatic life sentence without parole. He could also be sentenced to death.

Ms. Strickland was charged with tampering with evidence but those charges were dropped due to lack of evidence.

Strickland was not charged with a hate crime in the attack on the lesbian couple. San Patricio County Assistant District Attorney Samuel Smith Jr. asserts there is nothing to prove that Strickland knew these were anything but “two girls hanging out together” and San Patricio District Attorney Michael Welborn told the Corpus Christi Caller Times “No, we are not calling it that (a hate crime). We have found no evidence that this is a hate crime.”

MSNBC interviewed Chapa in December 2014 for their series MSNBC Originals. Chapa, who was left with a traumatic brain injury and paralysis on half her body, described how difficult it was. “Frustrating having this body as a 20-year-old,” Chapa says. “I’m not able to open up my hand. I have hearing loss in my right ear. I have vision loss in each eye, I have PTSD, now. I have anxiety attacks. I wasn’t born this way. It was because of him. Because of what he did to Mollie and I.”

I checked to see if there had been any further developments in their case. What I found was a Go Fund Me page for Chapa, her attractive, smiling face looking out at me as if nothing had ever happened to her. As if now when her hair is washed for her, she doesn’t ask that the scar tissue on her head be massaged, because it bothers her. As if now her life in the small town of Portland where everyone is either Catholic or Christian and nearly everyone is Latino and where being a lesbian isn’t easy under the best of circumstances hasn’t been forever changed.

Chapa’s Go Fund Me page [http://www.gofundme.com/helpkristene?pc=14_tw_2] is for her medical bills. Created April 29, 2014, it set the modest amount of $40,000 to help Chapa regain the use of her left hand through the use of an electrical-impulse bioness brace which works as a virtual hand. Chapra’s left hand, the hand she had on the waist of Mollie Olgin in their last photo together.

Medicaid denied coverage for the bioness. Which means Chapa can only use it at the rehab center during physical therapy–she can’t take it home.

Why hasn’t the LGBT community raised enough money for Mary Kristene Chapa to recover the use of her hand and get a $1,000 brace for her leg?

Since April 1, conservative homophobes have raised $842,442 for Crystal and Kevin O’Connor, the owners of Memories Pizza in Walkerton, Indiana who said they would not cater a gay or lesbian wedding after Gov.

Mike Pence signed a controversial law that many believe will discriminate against lesbians and gay men.

The highest donations for Memories Pizza (their Go Fund Me page has even been written up in Forbes) have been for $5,000–one of which would nearly pay for Chapa’s $7,000 bioness.

We know that most lesbians don’t have money. But how many lesbians would it take to raise $40,000 to help a 20-year-old lesbian whose lover was murdered and who was herself left for dead? You can do the math as easily as I can. The fact is, a year after this page was set up, Chapa should have her bioness and anything else she needs to recover as much of her life as she can. Because we all know that each of us is just one-wrong-step away from being a statistic ourselves. 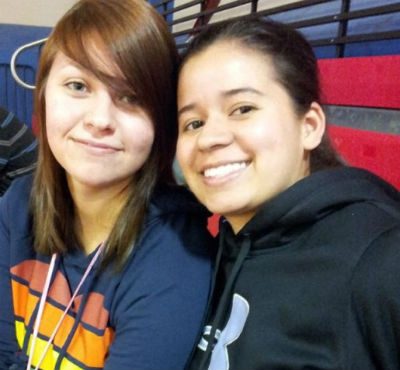 Rapes and murders of lesbians are happening all over the world every week. They don’t always make the news. In fact, they rarely make the news. But in researching my book on lesbian erasure, I’ve been stunned by the sheer volume of crimes against lesbians.

And equally shocked by how little media coverage these crimes have gotten. How many acts of violence against lesbians does it take to create media concern? How is it possible that Mary Kristene Chapa has not been a guest on “The Ellen DeGeneres Show” or Anderson Cooper? Why hasn’t her victim status kept her in the public eye? Why has Mollie Olgin been erased from all but Chapa’s memory?

Chapa told the Dallas Times last year she has mourned losing Olgin and regrets the two of them fought the night of the attack. Olgin wanted to meet Chapa’s parents, but Chapa hadn’t told them she was a lesbian, fearing they would disown her as many other Latina lesbians she knew had been disowned by their families.

The police told Chapa’s parents that she and Olgin were a couple, outing her while she was still unconscious and recovering from brain surgery. Chapa has said her family has been supportive, only regretting they never got to meet Olgin.

Chapa says of her dead lover, “Every day I think about her. I pray for her, just for her to watch over me.”

Strickland’s trial will likely be held in the next few months. But as Chapa said when he was arrested last June, nothing will bring Mollie back.

If there is justice, Chapa will get the donations she needs to recover.

If there is justice, Olgin’s memory will not be lost.

If there is justice, Strickland will be sentenced to life in prison.

If there is justice, these two lesbians will not be erased.

If there is justice….