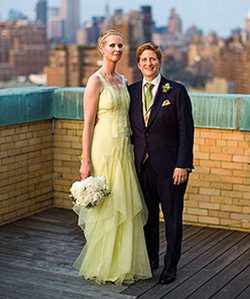 Does how you come by your sexual orientation really matter?

When Cynthia Nixon wed her long time girlfriend Christine Marinoni this past May, it certainly put a period at the end of a contentious relationship Nixon had developed recently with the gay and lesbian community.

Earlier this year, gay rights activists lambasted Nixon for stating publicly that she chose the lesbian lifestyle as opposed to having been born with such proclivities. Given what is public information in her bio, it appears that she may have been born bisexual. But, for discussion purposes, maybe she never really accepted that the concept of being with a woman was within her reach until fairly late in life. It is the latter explanation that is worth examining.

Women of a certain age have probably had sex with both men and women more than we might believe or even admit. We were shaped and molded from birth to be a perfect wife for a man. Societal pressure to conform is still a tremendous force, so think about that force exerted on those of us born before 1970. Working outside of the home was a big issue after World War II in the United States. Just imagine a young woman saying to her parents that she doesn’t want to marry but would rather get a job and have sex with women. Might as well put up the stake and tend the fires, because witch burning would have commenced.

It is the advent of these hard and fast descriptions which really box us in to a corner as they fail to recognize the muddle we all live in called life.

I would daresay that having had sex with men and then recognizing later in life that one’s true sexual interest is women does not make a bisexual, but by “definition” that may be what gets engraved on a headstone at some future date.

I am sure that the experience of males born prior to 1970 in terms of societal influence and pressure would have been just as great. Are those men bisexual? Some probably were and are, but I don’t see this classification of people as being so easy to define. This kind of thinking always brings back thoughts of Rock Hudson, the dashing star(let) who was finally outed by having contracted and died of AIDS.

I grew up in a Southern California beach town where many famous actors and actresses went to play. They could remain quite anonymous and be themselves despite its relative close proximity to Los Angeles. Cellular phone cameras and twenty-four hour cable channels were not even drifting in anyone’s imagination when Rock and company would settle into his little cottage. The neighbors all knew he was home and what was going on.

It was not until I was in college that I realized that most people did not know of the true Rock Hudson. Yes, he had this screen image and even married a woman briefly early in his movie career, but there is nothing about him that suggested he was bisexual either. He played the role of a heterosexual male for work and went home to be a gay man.

Cynthia Nixon may well have “chosen” to be a lesbian for this chapter of her life. I don’t think it denigrates our political voice or lessens our impact on the shape of things to come if we leave a bit of the political correctness at the curb. It is our humanness that we need to embrace every day, all while recalling that humanness is not always a neat and tidy package.