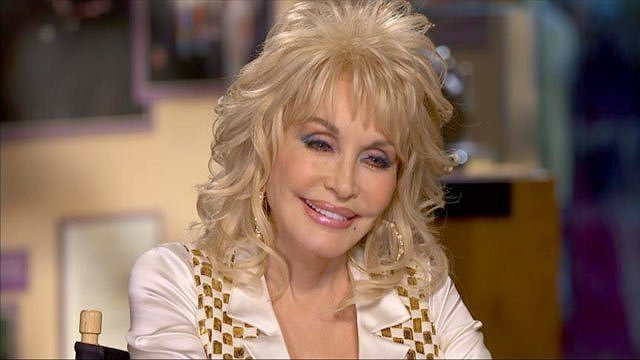 Veteran country warbler Dolly Parton recently voiced that old (ahem, sorry, “new”) chestnut of an opinion in an interview with British newspaper The Sun – that bisexuality is just a “fashion”.

We lists 7 reasons why she is totally right:

1. There are no examples whatsoever of bisexual people existing prior to 2015.

That’s right, the practices of the Ancient Greeks were a myth, as were those of the Romans. Virginia Woolf was a figment of our imaginations, and when Brenda Howard (“Mother of Pride”) was fighting to get the LGBT community on the map in one of the most groundbreaking ways possible, she was just pretending she liked women. After all, she was married to a man and it was 1970, so being bi wasn’t fashionable yet.

2. Bisexual people get all the luck, just like people who can afford designer clothes.

Go to a party and tell people you’re bi and everyone will TOTALLY fall into your arms because darling you look so good in purple! They won’t accuse you of being inherently predisposed to cheating, unable to make up your mind, a slag, a liar, an attention-seeker… Because you’re a cool chick. You’re a dedicated follower of fashion.

Well, who wouldn’t lie through their teeth just to feel attractive? Attractive as in not being part of the gay community, not part of the straight community, and generally feeling like a ****ing alien. There’s a bi nightclub in every town, after all, and being straight or gay is so 2014. Indeed, straight and gay people are completely absent from our televisions, our popular music, etc. I bet you could name at least 100 positive bi role models you’ve seen on your TV in the last week.

4. Changing your sexuality to become cool is easy

If marrying cars became “fashionable” next week, you could totally pick yourself up a little Chevy and never look back, right? Or maybe a big old red Ferrari? Or… how about leaving your longterm girlfriend for a man when you’ve been a lesbian all your life, just because it’s a bit easier to have that famed “straight privilege”? Easy, yeah?

5. Just because you’re not openly bi, it doesn’t mean you don’t know everything about being openly bi.

This is not the place to speculate about Ms Parton’s own sexuality, of course… but assuming she’s not bisexual herself, it is of course totally fine to accept that she knows everything about being bisexual. I know everything about what it’s like to be a six-month-old Mongolian mountain goat, even though I’m a 35-year-old human living in London who’s never been to Mongolia. They only climb those rock faces because they can’t afford Prada, anyway. Fashionable!

6. Miley did it, so it’s fashionable.

Well, Miley came out as pansexual, to be fair, but if you accept “bisexual” as meaning the same (another interesting argument), then yes – Dolly’s goddaughter has recently contributed to bringing the concept of attraction to more than one gender into the limelight. Mind you, Dolly is an “old-timer” so this new-fangled stuff that Alexander the Great was getting up to around 2,235 years before she was born is bound to be confusing for her.

7. Sorry, Dolly, for our rampant sarcasm here (we’re being serious for a moment).

We love you, we really do, but we’re not doing that bi thang to be fashionable. Honest. Love, all your bi chick fans. x