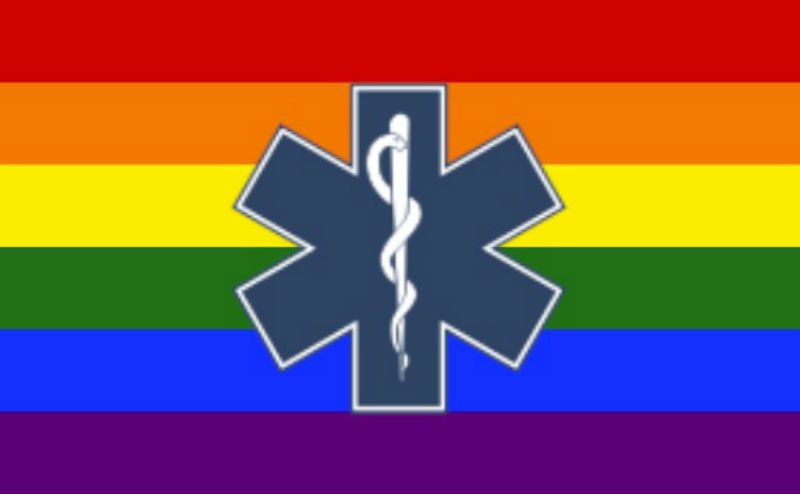 A group of LGBT students gathered at the University of Sydney on Thursday to protest an event featuring a man who claims he successfully underwent gay conversion therapy.

The event, titled ‘Men + Women = Made for each other?’ is part of the University of Sydney Union Catholic Society’s Life Week 2016. The annual event aims to promote discussions on issues concerning life and the human condition through the lens of the Catholic faith.

Life Week, hosted by Catholic Societies at numerous universities throughout the year, has previously attracted controversy for its critical discussion of abortion and same-sex marriage.

At this week's event, students were invited to hear from James Parker, a writer and speaker who had previously been involved in the ‘Journey Into Manhood’ conversion program run through the UK group, People Can Change.

The Sydney University Catholic Society promoted Parker by saying: “Once a gay man and activist James Parker is now… a husband, father and Christian!”

The event has drawn criticism from the SRC’s Queer Action Collective (QuAC), who organised 60 students to protest while Parker was giving his speech. The protest followed several complaints made to the University of Sydney Union (USU) and the Vice-Chancellors office expressing concerns about the promotion of gay therapy conversion programs.

The complaints led the USU to formally withdraw support for the event on the grounds that “events premised on the entertainment of the suggestion that diverse genders and sexualities are illegitimate or worthy of conversion are inconsistent with the principles of the Union as enunciated in our Constitution.”

The Sydney University Catholic Union attempted to alleviate the controversy surrounding Parker by posting a statement to their Facebook page.

“The Catholic Society would like to make clear that this event, society and speaker do not and will not promote or endorse gay conversion therapy in any way,” they wrote. “We met with James today and he has made it very clear he does not support such a thing.”

However this did not deter the protesters who carried rainbow flags and used megaphones and a trombone to drown out the majority of Parker’s speech. At one point, Honi Soit reported that Parker walked outside with a handmade sign that read “God Loves Gays” in an unsuccessful attempt to placate the protestors.

Parker also denied being an advocate of conversion therapy, attributing his conversion to regular therapy. However People Can Change promotes itself as an organisation that allows people to “address unwanted same-sex attraction.”

“We envision a world in which all people with unwanted sexual attractions who wish to diminish or make peace with their homosexual feelings…are free to pursue a path of change,” the company’s vision reads.

Gay conversion therapy has been condemned by the Royal Australia and New Zealand college of Psychiatrists and the Australian Psychological Society.