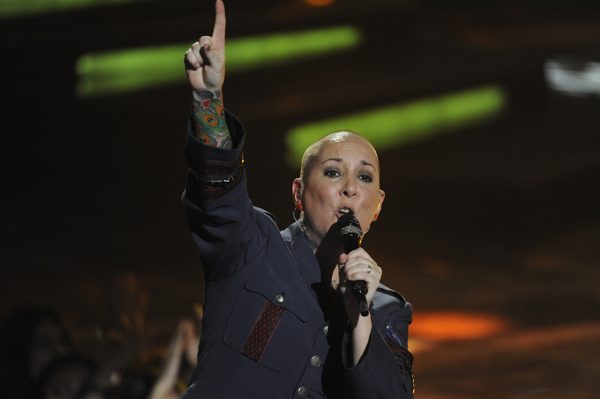 Lesbians Kick Butt on The Voice and Linda Hunt is Sticking Around on NCIS: Los Angeles. Plus, Michele Bachmann is a homophobic hot mess, the latest on Prop. 8 and check out the video for the Lesbian Cliche Song.

Beverly McClellan’s rendition of Melissa Etheridge’s “I’m The Only One” on The Voice won the hearts of America, awarding McClellan with enough votes to stay in the game. If that wasn’t enough, The Voice has been staying gay this week with out lesbian Vicci Martinez killing her rendition of “Jolene.” Hotness! Check out both performances below.

Out Academy Award actress Linda Hunt, whose been making movies as long as some of us have been alive, confirmed that she will be staying on NCIS: Los Angeles for another season, playing Henreitta “Hetty” Lange.

Hunt said that her character is “irascible, endlessly curious, a woman of mystery, a liar and a teller of truths.” Can’t wait.

Her husband believes you can pray the gay away, so it’s no surprise that evangelical—and presidential hopeful—Michele Bachmann once ran crying from a bathroom because an ex-nun and a lesbian were trying to talk to her. The pair had followed her into the bathroom at a political event.

Bachmann felt so threatened she ran crying from the bathroom and called the police, saying that she was “absolutely terrified and has never been that terrorized before as she had no idea what those two women were going to do to her.”

Charges were not pressed against the former nun and lesbian because the Washington County attorney found that the pair “simply wanted to discuss certain issues further with Ms. Bachmann.” Oooo—scary!

Over in California, a federal judge has ruled that a colleague’s decision to overturn the state’s ban on same-sex marriage shouldn’t be rejected because he’s gay. Before retiring, Judge Vaughn Walker ruled that Prop. 8 should be overturned.

After doing so he retired and came out as gay, telling the world about his 10-year relationship with his partner. Opponents of marriage equality said that Walker should have excused himself from the issue due to the fact he couldn’t be impartial.

“The mere fact that a judge is in a relationship with another person—whether of the same sex or the opposite sex—does not ipso facto imply that the judge must be so interested in marrying that person that he would be unable to exhibit the impartiality which, it is presumed, all federal judges maintain.”

Do you ever look down at your outfit and think, “I look really gay today”? Or have a conversation about aromatherapy/vegan cat toys with your girlfriend/BFF ex girlfriend while drinking Yogi tea/organic beer and think, “We are so gay right now”? Then this hilarious song from comedy duo and real life couple That’s What She Said is for you!