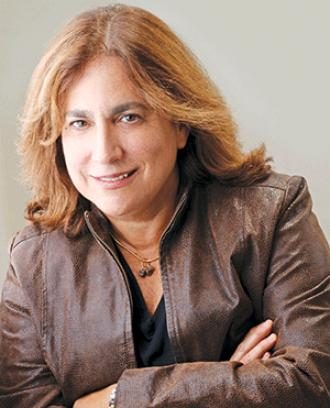 The leading lesbian travel company celebrates its 40th anniversary. Plus we catch up with founder Judy Dlugacz.

The record turned travel company is ready to celebrate, and they’re ready to celebrate big. Olivia’s Jan. 27–Feb. 3 and Feb. 3–10, 2013 cruises will be the largest lesbian voyages to ever take to the high seas. The two back-to-back cruises will host 4200 women in all. The first cruise was 90 percent sold out before it was even announced to the public.

The cruises will be on Holland America’s Nieuw Amsterdam, departing from Fort Lauderdale, Florida. The trip’s ports of call will be a private Bahamian Island, Half Moon Cay; Willemstad, Curacao; and Oranjestad, Aruba, which means loads of luxury, loads of excursions, and, of course, loads of entertainment.

And for those who prefer to stay on dry land but would still like to partake in the celebration, fear not. Club Med Punta Cana in the Dominican Republic will be playing host to two additional trips, May 11–18 and May 18–25.

They’ll be a little different than the cruises, more of a music and comedy festival — Wanda Sykes, Vickie Shaw, Karen Williams, Cris Williamson and a host of other new up and coming artists will be there.

“We’re doing two cruises and two resorts,” Judy Dlugacz, founder of Olivia, says, “because not everyone cruises and not everyone resorts. The first cruise was so well received that we added a second one. Some rooms are left on the second cruise and some on the resort.” But the time to book is now Dlugacz adds.

And, not to worry, the parties, dances, and other activities the women of Olivia have come to expect will be onboard as well as at the resorts, because, as the Olivia saying goes, “That’s the way we do it.”

Q & A with Judy Dlugacz, Founder of Olivia Travel

Did you ever imagine 40 years ago that you’d land here?

Not at all. I was 20 and starting Olivia with a group a friends. We thought we could change the world by starting a women’s record company.

Women could go to concerts and buy records through the mail and it would be a way to connect. We thought 5000 albums would be huge. So, I never imagined this.

Two anniversary cruises and two resort celebrations is quite an undertaking. Have you found it challenging?

Planning this cruise has been an extraordinary experience. There’s been a phenomenal response from women who want to celebrate the experience and the community.

The biggest challenge so far is to know that we can’t do everything we would love to do. The cruise is going to be filled with wonderful surprises, an incredible coming together of remarkable artists. It’s a real challenge to make it all work perfectly.

What was the most exciting part of planning these cruises?

Just bringing Meg and Cris together for the first time—other than once—in the last 30 years. The women who made Olivia Records possible. It’s very exciting.

We’re going to have lots of artists doing things that they don’t normally do. I’m looking forward to that. Lots of panels with people talking about the last f40 years – musicians, comedians, photographers.

We’re going to the Southern Caribbean, which we haven’t done in a really long time and we’re doing two shows a night with three performers plus events all over the ship throughout the cruise.

Are you at all nervous about how it will all turn out?

Not at all. I have an amazing staff who knows what they’re doing. This is a culmination of everything they’ve done.

I cannot even imagine how the energy of this is going to take over. At our tenth anniversary, it was sheer excitement. We expect the same kind of excitement for this monumental event.

We’re going to bring thousands of years of people’s experiences for seven days, for each week. I can’t imagine what that’s going to do onboard. I knew when we put this out there that was so important, that it was speaking to the responsibility of forty years.

The thing about Olivia that is so remarkable is that it has been around for the community for four decades and the community has been there for Olivia as well. Olivia has a life of her own.

I just feel so thankful to our community for trusting us and for the real support for this company. I feel like I’ve been really perfect for this job and I have the most amazing people working for Olivia.

This is the company that has been there for 40 years. There has never been anything like this.