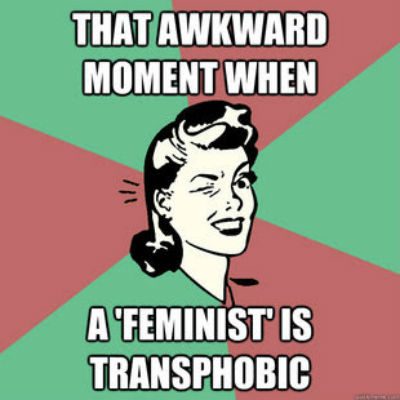 Their evidence- based research has linked the family rejection of young LGBT people with a set of negative outcomes that include serious medical and mental health problems, homelessness, and a greatly increased risk of suicide.

On the other hand, family acceptance is “a protective factor that helps protect against risk and promote well-being for LGBT youth,” according to the research of Dr. Caitlin Ryan, FAP’s Director, and her team, on their website, http://familyproject.sfsu.edu/home.

In the lesbian community, we have been aware for a long time about the negative effects of homophobia on and in our lives. This has been seen in the domains of health care, housing, employment, and a negation of our identities, relationships, and self-worth. Many adult women identifying long-term as lesbian still struggle with issues pertaining to the traumas they experienced over the years from homophobia and misogyny. Often, this trauma began in childhood with painful family rejection.

Tragically, this can manifest psychologically as self-loathing. It is now leading to a virulent form of transphobia linked closely to a generation of lesbians who consider transition a betrayal to feminist politics. This inability to see past outdated, rigid belief systems has led to a delusional, paranoid schema mislabeled today as “radical feminist.”

However, underneath the vitriol projected outwards, these women are not radical, nor feminist, and it’s clear they hate themselves deeply.

It reminds many of the homophobia expressed by supposedly straight men, who feel entitled to physically beat up or even kill gay people to “prove” to themselves and others that they are not actually also gay. Of course, much of the time, they are.

This type of parallel process is now raging online in this so-called “rad-fem” community, although no radical feminist I knew back in the 80’s would approve of the hatred being promoted in their name today. Wasn’t feminism supposed to help liberate women and men from the shackles of enforced gender policing? Wasn’t radical feminism supposed to create a world where we could make our own choices, be beautifully butch or fantastically femme, choose to have or not have children, and promote personal choice in gender identity and sexual orientation? Didn’t we listen to women’s music to remember that our community was a safe place to find solace and comfort, and where we promoted ideas about respect, peace, and love?

It is not difficult to understand that some lesbians grappling with their own gender identity, who may feel deeply betrayed by society’s growing acceptance of transgender people, have chosen to deflect their own pain by engaging in an unfortunate, slander-filled, bullying campaign online. These “rad-fem” bully bloggers, the feminist and LGBT community’s own version of the Westboro “Church” idiots and the hurtful shock—jocks like Rush Limbaugh, are sometimes known as “TERFS”, trans-exclusionary radical feminists. Most of them are narrow-minded, deeply scarred individuals who hide behind a flawed feminist ideology and a computer screen to fulfill what seems to have become their main purpose in life: harassing transgender people.

Like the Family Acceptance Project, most of us in the LGBT community want to make the world a better place for the next generation. Witness the success of campaigns like “It Gets Better”, or the huge response to a young gay man’s viral video of parental rejection. Most LGBT people want to help the next generation grow up without homophobia, without shame, without threats of violence, and to find self-acceptance. We wish this whether a young person identifies as lesbian, gay, bisexual, transgender, gender queer, gender fluid, gender creative, or any other variation or name they may choose. As we wish for respect in our own lives, we know that respecting the next generation, and their differing and often more progressive viewpoints, is how positive change happens.

Yet, respectful dialogues regarding differing opinions on issues of import no longer seem possible on the Internet we have collectively created. Online, alas, those who live in fear and pain of their own damaged inner selves are now finding ways to shout the loudest.

But until we as feminists and LGBT people reject fear, and confront our own community’s transphobia, misogyny, racism, classism, and homophobia, we will never move towards the acceptance and love that all queer people, especially those damaged from childhoods of rejection and scorn, crave the most.

Because far from some irrational threat that some may believe transgender people represent, the real threats to a civil, and truly feminist society are, and have always been, ignorance, hatred, and fear.

And to those who project their own misery into name calling, bullying, slandering, and harassing others online in the name of feminism, let it be stated unequivocally that you are not feminists, and you are not radical, at all, one tiny bit. What such women are, rather, are simply sad, rejected, and lonely people, wearing their own self-hatred on their sleeves, for all the world to see.