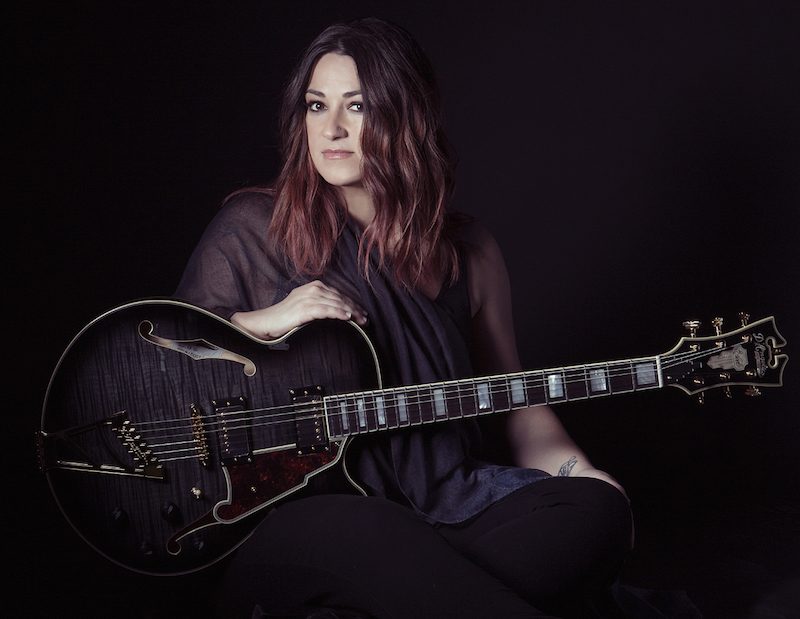 Jennifer Knapp, the Nashville singer-songwriter’s latest album is out now.

Jennifer Knapp’s story is one that many in the LGBT community can relate to. She grew up with a twin sister in small-town Kansas, and after her parents divorced she sought refuge in the pages of a journal, which she wrote in code so no one could read her deepest secrets. But a writer’s secrets must, eventually, be told. So Knapp took up songwriting, setting her story within the framework of her Christian faith. After two independent releases and lots of church shows, Knapp’s album Kansas sold more than 500,000 copies. Two Grammy nominations and two more albums of Christian music followed.

At first, it was all well and good, but then it was all too much. A move to Australia, a hiatus from music, and a new relationship filled the years between 2001’s e Way I Am and 2010’s Letting Go. In conjunction with the release of Letting Go, Knapp came out publicly as gay.

“I just thought, Oh,I’ll come out and that’ll be the end of it. Well, it’s not. It’s a big deal.” And it’s a big deal in two of the communities—Christian and queer—that Knapp brings together through her very existence.

When she first came out, Knapp was criticized by some in the LGBT community because in an early interview she stumbled when she called herself a lesbian.“It was just weird for me to say, because I was just me.”

In conversation, in her music, and in her memoir, Knapp’s storytelling uses love as its language, and its muse: “Love is universal, that’s why you see it so much in the music that we have…where it contracts and where it succeeds and where it fails. It’s the greatest muse for any musician in the history of writing, because everybody knows that experience. And that is what art does—it connects people. To me, succeeding means being able to connect a diverse range of people through a universal experience. I’m grateful for music, in that sense.”

In this latest chapter of her life and work, Knapp returns to the same pages she kept so guarded as a child, and there she continues to record her deepest secrets. Now, though, there’s no code, only connection.

“Obviously, I have a lot to say about LGBTs and the faith conversation, because it’s affected me personally. But when I’m exhausted by being ‘Jennifer Knapp, gay/lesbian, ex-Christian rocker, whatever,’ I’m just happy to be able to pick up my guitar and play a song about love,” she says. “At the end of the day, we all have our own story and our own experience. As a songwriter, that’s all that’s ever really mattered to me—being able to write about what it’s like to be alive, to love, to fail, to succeed, to be spiritual, to doubt…all that stuff is the gasoline that’s running the engine of what I get to do.”

Knapp’s new album Love Comes Back Around is out now. The album features ten compelling new tunes exploring love — but not the easy kind.

These are love songs for grown-ups who have come a few miles. “It’s not just sex, it’s not just physical relationships,” Knapp says. “It’s hard work. It’s loss, it’s forgiveness, it’s a lot of things wrapped up in one.”