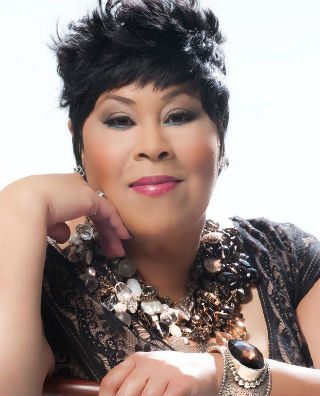 WorldPride 2014, will collaborate with cultural institutions who have come together to support the  world’s largest LGBTQ celebration in downtown Toronto, between June 20th to 29th. Extraordinary  programming will be provided by institutions including: TIFF, Inside Out (Toronto LGBTQ Film Festival), TD Toronto Jazz Festival, Art Gallery of Ontario, Ryerson Image Centre, OCAD University, the Gardiner  Museum and Buddies In Bad Times Theatre.
The festival will also include performances by International  artists Deborah Cox, Martha Wash, and DJ’s David Morales and Quentin Harris.
WorldPride 2014 will consist of 10 full days of fabulous programming that will suit the taste of all  attendees, starting with a spectacular opening ceremony featuring Deborah Cox, in co-production with  the TD Toronto Jazz Festival. As well as, Martha Wash, “The Original Weather Girl,” who will be  performing timeless pop and dance classics such as “It’s Raining Men,” at the OLG Central Stage, where  attendees will also find International DJ’S David Morales and Quentin Harris.

“Deborah Cox is an international celebrity and home town favorite, who has supported Toronto  throughout its bid for WorldPride 2014, and with the support we have received from Toronto’s cultural  institutions, it means our pride will be everywhere across the city,” said Kevin Beaulieu, Executive  Director, Pride Toronto.

Institutions such as Inside Out and TIFF will join forces to co-present a multi-day film series that will  feature screenings, artist talks and installations highlighting the creative visions, diversity and talent of  Canadian and international LGBTQ film and filmmakers. Buddies In Bad Times Theatre will feature a play  called “The Lady Hamlet,” written by Sarah Schulman.
The festival will also host two photography  exhibits; one with the Art Gallery of Ontario called, “Fan the Flames-Queer Positions in Photography,”  and the other with Ryerson Image Centre called, “What it Means to be Seen: Photography and Queer  Visibility.” The Gardiner Museum celebrates its 30th Anniversary with “Camp Fires: The Queer Baroque  of Leopold Foulem, Paul Mathieu and Richard Milette,” and OCAD University presents “Generations of  Queer: Robert Flack, John Greyson, Elisha Lim, and Kiley May.” An exhibition centred on storytelling,  creating dialogue and queer discourse.
“With hundreds of artists performing and unprecedented artistic partnerships taking place over 10 full  days, the WorldPride 2014 arts and culture festival will be three times larger than the traditional Pride  Toronto festival,” said Kevin Beaulieu.
WorldPride 2014 is an international celebration that incorporates activism, education, and the history  and culture of global LGBTTIQQ2SA communities. It is presented by Pride Toronto, producer of Canada’s  largest annual festival of LGBTTIQQ2SA culture and human rights, under license from InterPride.
Pride  Toronto is the not-for-profit organization that hosts the city’s annual Pride Festival in downtown  Toronto during the last weeks of June. It is one of the largest Pride celebrations in the world with an  estimated attendance of over one million people, and one of the premier arts and cultural festivals in  Canada. It celebrates the history, courage, diversity, and future of Toronto’s LGBTTIQQ2SA communities.
www.worldpridetoronto.com