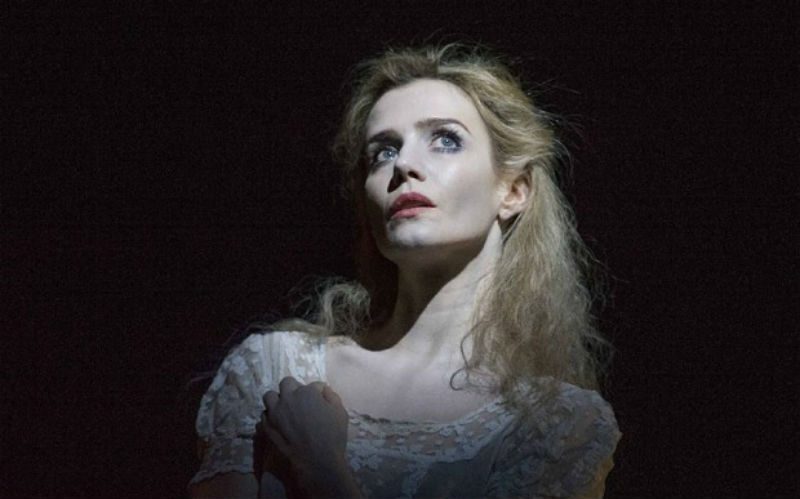 Not I written by Samuel Beckett begins.

Two lips emerge from the darkness onstage at the BAM Harvey Theater. Actress Lisa Dwan starts speaking at the speed of thought, her voice exploding in the darkness with a ferocious intensity that does not subside until the end.

The text is no doubt demanding, but the physical requirements to elegantly polish the piece are awe-striking.

The actress is strapped onto a hernia-inducing platform to keep her body perfectly still, fights through intense neck strain and deals with not being able to swallow for the entire eight-minute monologue. The entire performance is the voice — pure vocal power carries the piece as the viewer never gets to see more than the lips.

It was visually a challenge in such a large venue, but ended up being an advantage to the audience as there was one less distraction from us entering into the mind being splayed onstage.

Next came two other of Beckett’s solo works: Footfalls and Rockaby. These, as well as Not I, were originated by Billie Whitelaw under Beckett’s direction, who personally tutored Ms. Dwan in the roles. The presence that Ms. Dwan brought to each piece was beautiful. The purity of execution brought Beckett back to New York City that evening.

This collection of pieces is on tour throughout this year.

You can find out more here: BAM Theater